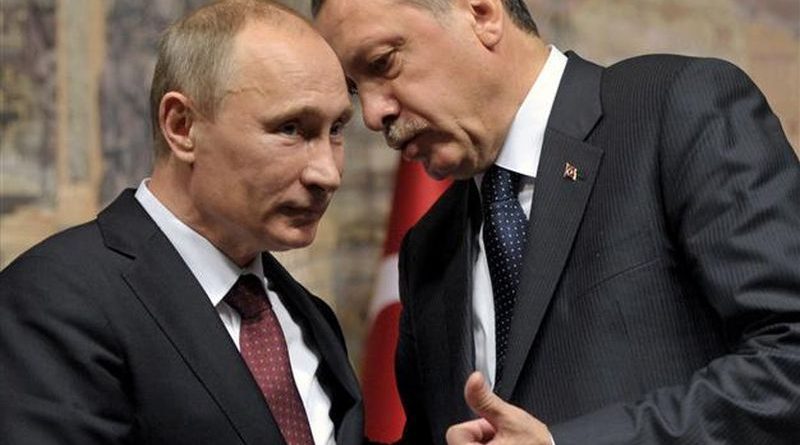 Russia and Turkey, which sponsor rival groups in the Libyan conflict, are working together – up to a point – to broker a ceasefire in Libya to avert the country’s breakdown into total war. Italy is also in there with its own initiative. All three are mostly getting under each other’s feet rather than making progress.

Russia’s Vladimir Putin and Turkey’s Recep Erdogan have issued a joint call for the truce to begin at midnight on Jan 12. Turkey has sent troops to back the UN-recognized Government of National Accord (GNA) holding the capital. Russia has sent mercenaries to fight on behalf the GNA’s enemy, Gen. Khalifa Haftar, whose Libyan National Army (LNA) based in Benghazi is also backed by Egypt and the UAE. Haftar’s army has just broken through to the key coastal town of Sirte after months of fighting to capture Tripoli.

Italy is a historical lead player in that north African country and bitterly resents Turkey’s Johnny-come-lately grab for position, which is also denounced by Moscow and the European Union.

Last week, Italian prime minister Giuseppe Conte managed to bring the two warring leaders to Rome – prime minister Fayez al-Serraj from his base in Tripoli and his rival, Haftar, from Benghazi. But this initiative quickly ran aground. Sarraj refused to meet Conte because the Italian prime minister met Haftar first. He also stipulated that Haftar pull his troops out of Sirte. Neither is it clear whether the Russian and Turkish initiatives are cooperative or competitive. Ever since the US-led NATO intervention toppled Muammar Qaddafi in 2011, Libya has been ravaged by political and military infighting and anarchy, which has only been exacerbated by the intervention of external powers, most of them eying its oil.