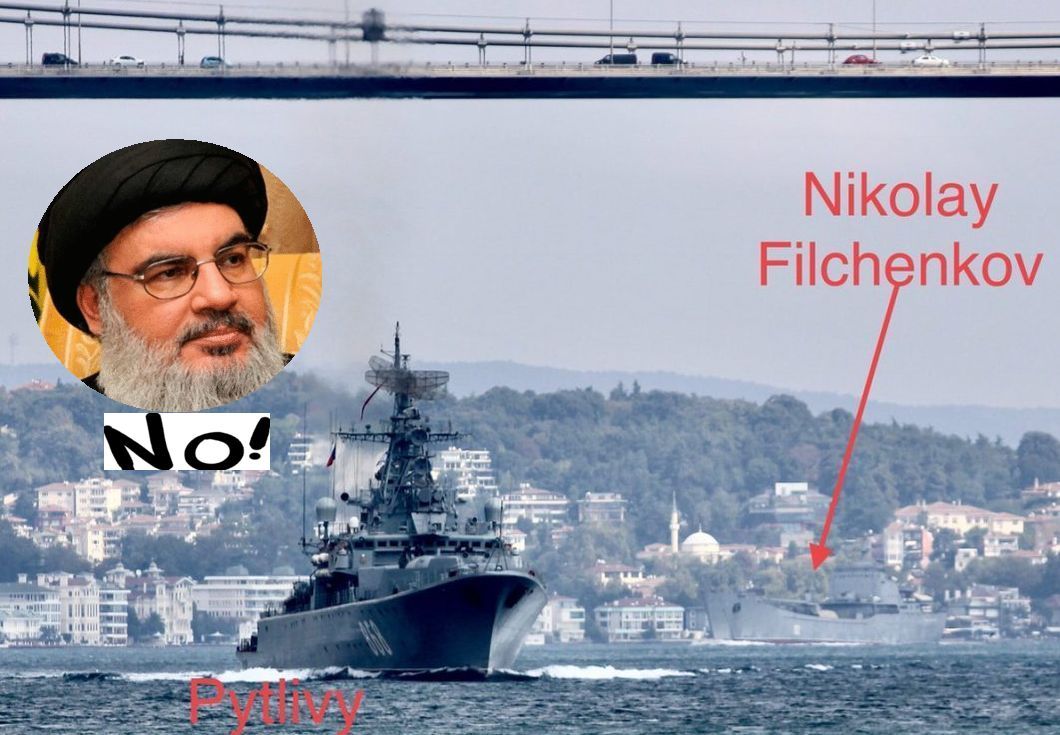 Turkey sighted 3 Russian warships passing through the Bosporus on Thursday, Aug. 23, on their way to the Syrian port of Tartus for the start of the offensive to take Idlib, the last Syrian rebel stronghold. The flotilla consists of three Russian Black Sea Fleet warships: the Krivak Class Pytlivy missile frigate; the Tapir class LST Orsk; and the largest landing craft in the fleet, the Nikolai Filchenko, which is capable of transporting 300 soldiers and either 20 tanks and trucks or 40 armored personnel carriers.

It is not known if these vessels are carrying combat personnel or just equipment. However, DEBKAfile’s military sources conclude that the two large Russian landing craft consigned from the Black Sea to Syria are almost certainly carrying Russian marines or special forces for attacking rebel groups in Idlib from the sea or the coast.
This province, which is situated on Syria’s northern border with Turkey, is ruled by the Hay’at Tahrir al-Sham militia (ex-Al Qaeda offshoot Nusra Front) under the command of Abu Mohammad al-Julani. Its fighting strength numbers between 60,000 and 70,000. This militia is supported militarily and financially by Turkey which has ringed the bastion round with 13 military positions and compounds,.
Ankara has sent its top officials to Moscow to try and avert the combined Russian-Iranian-Syrian offensive to recover Idlib for the Assad regime, now that most other parts of the country have been subdued by the three allies. This dispute is a bone of contention between Presidents Vladimir Putin and Tayyip Erdogan. However, Turkey may find itself no more able to prevent Idlib from being captured than Israel could stop Syrian forces from taking Quneitra on its Golan border last month. On the other hand, whereas Israel was forced to relinquish its military footholds and influence along Syria’s southern border in the face of a concerted US-Russian front, Moscow is likely to allow Turkey to maintain its military presence around Idlib while the US has no cause to interfere.

Another big difference between the two arenas of operation is this: In contrast to the offensives for capturing Daraa and Queneitra, Hizballah has opted out of the Russian-Iranian-Syrian lineup. This is happening for the first time in the Syrian war, during which Iran’s Lebanese proxy led one battle after another on behalf of the Assad regime at Tehran’s behest.  DEBKAfile’s exclusive military and intelligence sources have discovered  that Hizballah’s leader Hassan Nasrallah has finally had enough and and decided to stop obeying Tehran’s orders for sending Hizballah fighters into the brutal Syrian warfront. This mutiny by Iran’s most loyal and able Shiite surrogate is of profound concern to Iran’s war strategists. Its full impact is yet to be seen. Our sources have learned that Nasrallah, who is in the process of pulling back and sending home some of the contingents which led the capture of southwestern Syria, is not prepared to throw them back into battle on fresh Syrian killing fields.