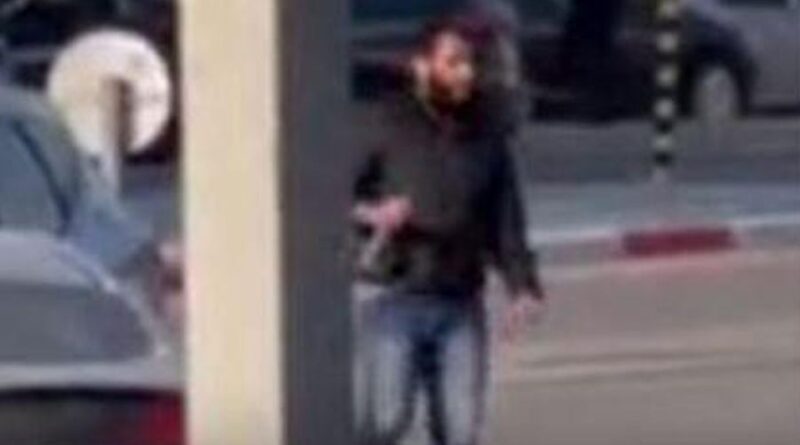 A terrorist, identified as an Israeli member of ISIS, stabbed to death a female attendant at the Sonol gas station in Beersheba on Tuesday, March 22, then went on a rampage in the nearby Big shopping mall. There, he murdered two more women and a man and seriously injured two more victims. A passerby pulled a gun and shot the terrorist dead so cutting short his killing rampage. Police later scoured the neighborhood for the killer’s accomplices.

Seven years ago, Alqyayan was caught organizing a group to fight with the Islamic State in Syria. He was tried and sentenced to four years in jail, although the prosecution asked for five years, after he said he regretted his action and promised to mend his ways. He was released at the end of his term in jail. The terrorist was a secondary school teacher in Houra. The Houra council and members of the killer’s tribe condemned his action as a vile act of terror.

The police commissioner arrived in Beersheba to inspect the scene of the attack and issue a press statement. He admitted that the entire incident took eight minutes while police reached the scene four minutes after being alerted. Meanwhile, a bus driver, who arrived in the middle of the attack, took the initiative to shoot the terrorist in mid-rampage. The police chief was mobbed by Beersheba citizens protesting the lack of security in their town in the wake of a rise in violent crime.

The attack came after a sequence of 7 terrorist attacks in Jerusalem and the West Bank in the past three weeks. The Muslim Ramadan festival, Passover, Independence Day and other dates generally portend a season of Palestinian terror. The Bennett government has offered to ease restrictions, especially for Muslim worship on Temple Mount, to defuse tensions. Such gestures are scarcely relevant in the Beersheba case since the killer was an Israel citizen – not a Palestinian. The police have urgently ordered security bolstered in town centers across Israel.

Three of the four victims whom the terrorist Mahmoud Abu Qayain murdered in Beersheba were identified on Monday night: Dorit Yachbas, 49, mother of three from Moshav Gilat, who is survived by her husband, both parents, brothers and sisters: Laura Yitzhak, 43, from Beersheba, mother of three daughters, and Rabbi Moshe Kravitzky, father of four, who ran a soup kitchen for the city’s poor. The terrorist driving a car knocked him of his bike. The fourth victim has not been named. Two victims are recovering in Sorocca hospital. This was the deadliest terrorist attack Israel has seen in five years.