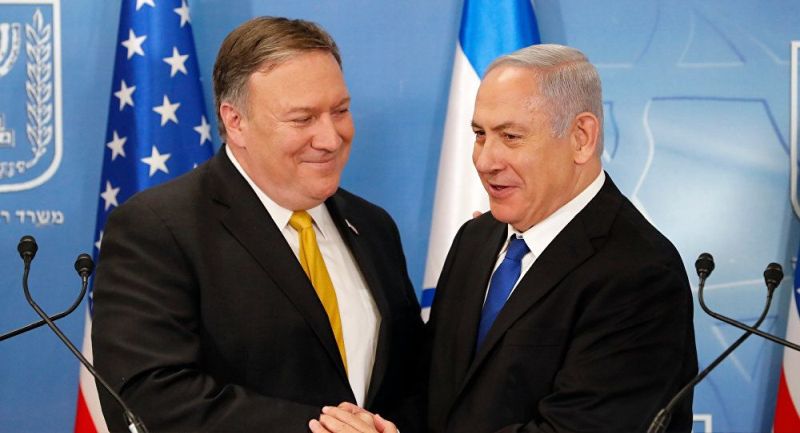 On Jan. 1, after their second conversation in a week, US Secretary of State Mike Pompeo thanked Prime Minister Binyamin Netanyahu for “Israel’s support in efforts to combat Iran and the attack on the US embassy in Iraq.”

Pompeo tweeted: Spoke today with @Israeli PM Netanyahu who reaffirmed Israel’s unwavering commitment to counter Iran and condemned the attack on our @USEmbBaghdad.

And the State Department stated separately:

Secretary Pompeo thanked Prime Minister Netanyahu for Israel’s unwavering commitment to countering Iran’s malign regional influence and its condemnation of the December 31 attack on the US Embassy in Baghdad. The Secretary and Prime Minister reaffirmed the unbreakable bonds between the United States and Israel.

What brought on this unusual profusion of compliments?

DEBKA Weekly‘s military and intelligence sources have the answer: During three violent incidents in Iraq this week – Kata’ib Hezballah rocket attack on the US K-1 base near Kirkuk on Dec. 28, the American air strike on 5 militia bases in Iraq and Syria the next day, and the mob attack on the US Embassy in Baghdad – the prime minister’s Tel Aviv and Jerusalem bureaux turned into a forward position from which a stream of vital intelligence flowed to US front lines in Iraq. This clandestine data covered inside information on happenings within the command posts of Iran’s Al Qods command centers under Gen. Qassem Soleimani, and the Popular Moblization Units (PMU) under Abu Mahdi al-Muhandis to whom the Kata’ib Hezballah militia chiefs defer.

The information received from Israel was timely and accurate enough for US bombers to score direct hits against the 45th and 46th Brigades of the Hezballah, which conducted the K-1 base attack, as well as taking down its commander, Abu Ali al Khazali.

This level of active intelligence-sharing during ongoing operations highlighted both the tight interaction between the US and the IDF and the extraordinary affinity developed between Pompeo and Netanyahu in the past two years. Their trading of evaluations and information has intensified in recent months, mostly under the radar and sometimes through couriers. Indeed, the Secretary of State’s decision-making regarding Iran, Syria, Iraq and Lebanon is often nourished by Israeli data. Correspondingly, Netanyahu’s interaction with President Donald Trump has declined of late, for three reasons:

1. Trump prefers to keep his distance from Netanyahu who is embroiled in political, personal and legal troubles. The President has enough of his own woes in Washington.

2. He has passed to Pompeo the handling of policies for Iran, Syria, Iraq and Lebanon. Satisfied with regular briefings, Trump leaves the day-to-day business with these countries to the Secretary.

3. At the same time, he has found a use for the warm relations the prime minister has developed with President Vladimir Putin: Netanyahu’s office has become a quiet clearing house for the secret messages passing between the White House and the Kremlin.