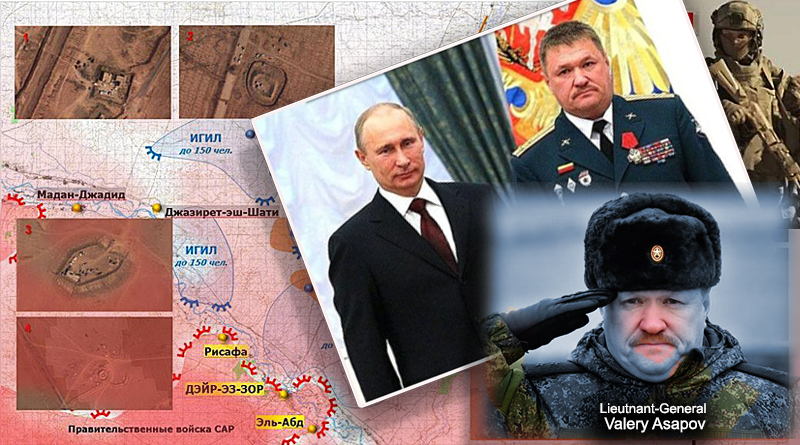 Cracking this mystery tops the Kremlin’s concerns ever since Lt. Gen. Valery Asapov’s death in an ISIS attack outside Deir ez-Zour on Saturday, Sept 23, made him the highest-ranking Russian officer to die in the Syrian war. Putin’s high stake in the mystery is uncovered in the latest issue of DEBKA Weekly out on Friday, Sept. 29.

Russia’s top soldier Gen. Valery Gerasimov spoke at the funeral Thursday of “a treacherous shell” which cut short Asapov’s life, a hint at the suspicion of betrayal from inside the Russian-Syrian-Iranian-Hizballah camp of allies fighting in Syria. A tip-off was presumed, because the ISIS shelling was unusually precise, showing knowledge of the general’s exact whereabouts.

Gerasimov revealed for the first time that Gen. Asimov was last year secretly seconded to the Syrian army as commander of the Syrian Fifth Attack Troop Corps of volunteers.vThis corps was formed in late 2016, and equipped and advised by the Russians. But neither Damascus nor Moscow had disclosed that it was under Russian command, or that it was being built up as a Russian version of Iran’s Revolutionary Guards Corps – without Iran.

Don’t miss this and other DEBKA Weekly exclusives. If you are not yet a subscriber, click HERE.

11 thoughts on “Who tipped off ISIS for attack that killed the Russian general?”