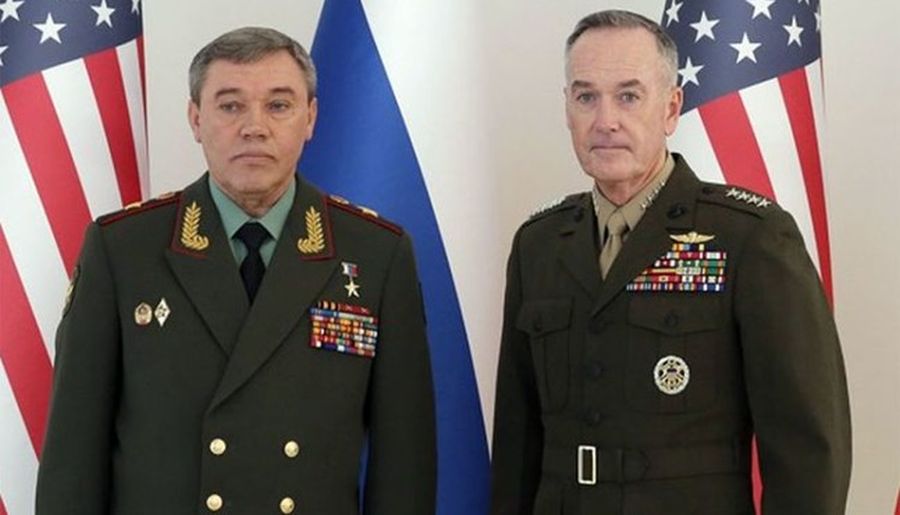 At issue is the presence of Hizballah and other pro-Iranian units in growing numbers – disguised as Syrian troops – opposite Israel’s borders, DEBKAfile’s exclusive sources report. Under the command of Iranian Gen. Qassem Soleimani, these units are being “absorbed” into the Syrian army as a ploy for supporting claims by Damascus and Tehran that no Iranian troops are present in Syria at all – only “Iranian military advisers.” Russian officers posted in Syria were apparently told not to interfere in this process.

Our military sources find Hizballah units deployed at the Mt. Hermon border town of Al Khadar opposite Israeli outposts, and the pro-Iranian Afghan Shiite militia (Liwa Ahu Fadi al-Abbas) positioned around Qunetra opposite Israel’s Golan border, under the command of Iranian Revolutionary Guards IRGC) officers.  These Hizballah troops are clad in the uniforms of the Syrian army’s 4th and 5th Syrian divisions, while the Afghan militiamen are wearing the uniforms, boasting the insignia, and driving the vehicles, some armored, of the Syrian presidential Republican Guard.

These details expand on DEBKAfile’s first exclusive disclosure of this trick disguise. We broke the story on May 31, a few hours before Defense Minister Avigdor Lieberman was due to meet his Russian counterpart Gen. Sergei Shoigu in Moscow. We revealed then for the first time that Iranian IRGC and Hizballah units in the regions of Quneitra, the Daraa border with Jordan, and Mt. Hermon were all clad in Syrian army uniforms. This subterfuge was intended to dodge around Israel’s flat objections to their presence in its back yard. Moscow hoped that Washington would buy it.
On Saturday, June 9, the Wall Street Journal repeated DEBKAfile’s discovery of Hizballah fighters disguised as Syrian troops nearing Israel’s border.

The report came after the meeting on Friday, June 8, between Gen. Joseph Danford, Chairman of the US Joint Chiefs of Staff, and Russian General Staff chief Gen. Valery Gerasimov in Helsinki. The two generals discussed their respective military arrays in Syria, the situation in the de-escalation zones along its borders with Jordan and Israel and the military situation in Ukraine. No communique was issued after the meeting.  DEBKAfile discloses, however, that Gen. Danford showed Gen. Shoigu the intelligence he had received about the Syrian uniform con practiced by Syria and Iran to pretend that the pro-Iranian troops taking up positions along Syrian’s southwestern borders were part of the Syrian army.
According to our information, the two generals parted without reaching a consensus on the military situation in Syria, especially for those border regions.

60 thoughts on “Top US, Russian generals fail to agree on Syrian-Israel, Syrian-Jordanian borders”