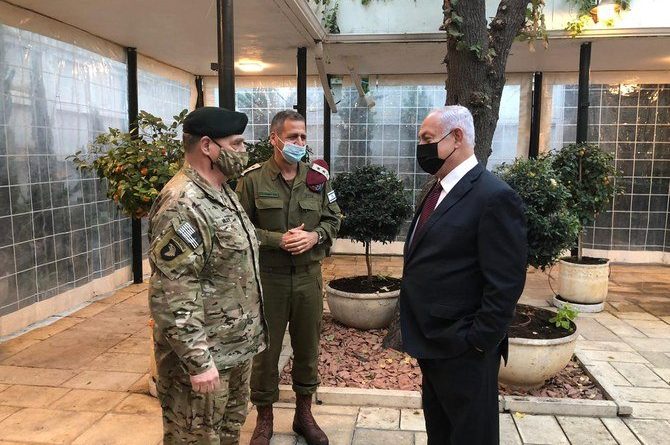 During Chairman of the US joint chiefs Gen. Mark Millay’s two-day visit to Israel, he talked twice with PM Binyamin Netanyahu, met Defense Minister Benny Gantz and IDF chief Lt. Gen. Aviv Kohavi to discuss “changes in the operational situation in the Middle East” and held interviews with other top Israeli military and security brass.
Their agenda was topped by threats from Iran, just like Gen. Millay’s talks in the trips he made earlier to Saudi Arabia and the United Arab Emirates. Was the general on a sounding-out mission for proposals for a potential US and/or allied action against Iran’s nuclear facilities, in the event of Donald Trump deciding on this last throw before he quits the White House on Jan. 20?
Tehran appears to believe this scenario is possible and is preparing for the worst – both by digging in the most sensitive facilities of its nuclear program and by speeding up the accumulation of enriched uranium.

Fresh construction work was this week revealed by satellite images at the northwest corner of Iran’s sensitive underground Fordo nuclear site. It was designed “to avoid US or Israeli military attacks,” a Iranian official said without revealing its purpose.

Iran said in September it had started to increase uranium enrichment at Fordo as one of five steps taken for casting off its obligations under the 2015 nuclear accord in response to Donald Trump’s decision in 2018 to take the US out of the accord. Tehran has also meanwhile stockpiled more than 2.4 tonnes of enriched uranium, 12 times the cap set by the deal, and started using advanced centrifuges for accelerated enrichment at its new underground plant at Natanz, where the deal says it can use only first-generation IR-1 machines.

The Natanz centrifuge factory, since sunk underground, was one of the five nuclear and military sites sabotaged by unknown hands last summer.

Iran maintains that it is entitled to shed its obligations under the deal for curbing its nuclear program singed with six world nations, since the US opted for non-compliance and the European signatories, the UK, France and Germany, failed to live up to their commitments to compensate Iran with preferential trade. Last Wednesday, representatives of the remaining five signatories urged ran to stick to the terms of the accord and open the way to diplomacy with the incoming Biden presidency.

Innumerable hurdles stand in the way of that course. Rafael Grossi, head of the UN’s nuclear watchdog (IAEA), said on Friday that there were too many Iranian breaches for the 2015 nuclear deal to simply fall back into place: “There is more (nuclear) material, … there is more activity, there are more centrifuges, and more are being announced. So what happens with all this? This is the question for them at the political level to decide,” said Grossi. Asked if that meant there would have to be a “deal within the deal”, he replied, “Oh yes, oh yes. Undoubtedly.”

Germany and the UK are calling for a follow-on agreement, while Saudi Arabia, the UAE and other Gulf nations want to broaden its terms to cover Iran’s missile program, including projectiles designed to deliver nuclear weapons, as well as the Islamic Republic’s destabilization aggression, often through proxies. Israel, which shares their concerns, is expected to take a similar stand, backed by the immense power of its multitiered anti-missile system.

Last Tuesday, Israel, together with the US missile directorate, conducted its first tests of this system’s ability to intercommunicate for the simultaneous interception of a mix of incoming threats, including rockets, UAVS, ballistic and cruise missiles. Israel’s long-range Arrow, intermediate-altitude David’s Sling and short-range Iron Dome, which has matured to cruise missiles, all performed successfully.

With Tehran categorically rejecting any stipulations for returning to the table, some Democratic senators are pressing Biden to return to the old deal unconditionally, saying pre-conditions will only lead to deadlock.

Washington in transition is being pulled in conflicting directions by multiple players in an atmosphere already fraught with tension over Iran’s threats to avenge the killing of its top nuclear scientist. These players are intent on guessing what is in store from either of two US presidents – hawkish Trump on his way out and incoming Biden still an unknown quantity.