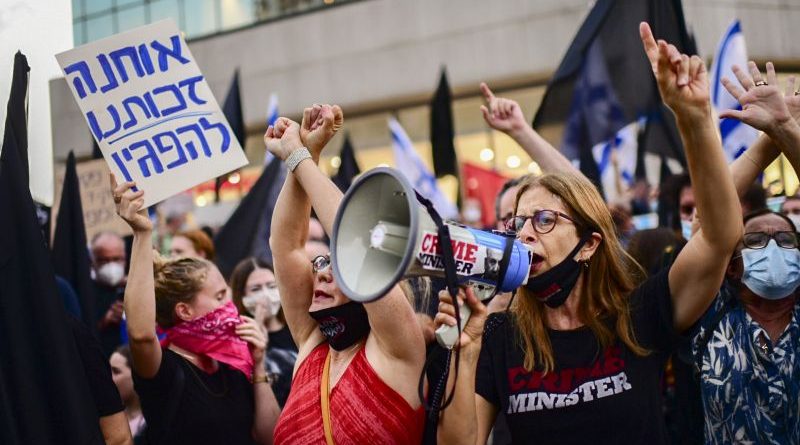 The coronavirus cabinet ministers’ discussion of tougher lockdown measures boiled down on Tuesday, Sept. 22, to a debate over a demand to ban the mass anti-government demonstrations taking place weekly outside the prime minister’s Jerusalem residence.

They all acknowledged that there is no option but to impose tougher sanctions since the current lockdown imposed last Friday is inadequate and far from comprehensively upheld by the public. The hospitals are warning that if the number of seriously ill patients tops 900-100 by next week, as predicted by health experts, medical staffs will be unable to maintain their current excellence of treatment in any of the hospital departments.

However, the plan for the next stage of the lockdown presented to the ministers by the Coronavirus Director Ronni Gamzu stands or falls over a major debate. His recommendations to close the synagogues or hold Yom Kippur prayers outdoors drew an angry ultimatum from the religious ministers and the rabbis: So long as thousands of protesters are allowed to rally at close quarters without masks week after week in Jerusalem, no limits on religious ritual will be accepted, they insisted.

It was also argued that the demonstrations make a mockery of the health restrictions and are the root of widespread public disobedience. The Kahol Lavon ministers, backed by the attorney general, were equally adamant about keeping the demonstrations going at all costs in accordance with democratic principles.

After long hours of debate, the ministers decided to reconvene on Wednesday to seek a format for demonstrations that meet health standards.

PM Binyamin Netanyahu, who stayed out of the argument until now, stepped in with these remarks:  “We all understand, including the left, that we are in a state of emergency. After hearing the experts expand on the immense danger presented by crowded gatherings, I must point out that the entire nation is being forced to accept hard restraints, excepting only a group of protesters who demand special privileges.” He went on to say: “We are obliged to stay a kilometer from the Western Wall, but people from all over the country may gather close to the Balfour residence.” Netanyahu stressed: “There must be one law for all – prayers and protests alike, otherwise the public will pay no heed to health directives and we’ll see coronavirus infection spreading on a horrible scale.”

Ministry of Health figures for Tuesday night:  a total of 193,374 infections including 3,858 new cases; 51,338 active cases, of which a rising 668 are active. Altogether 1,285 victims have lost their lives since the outbreak in March.