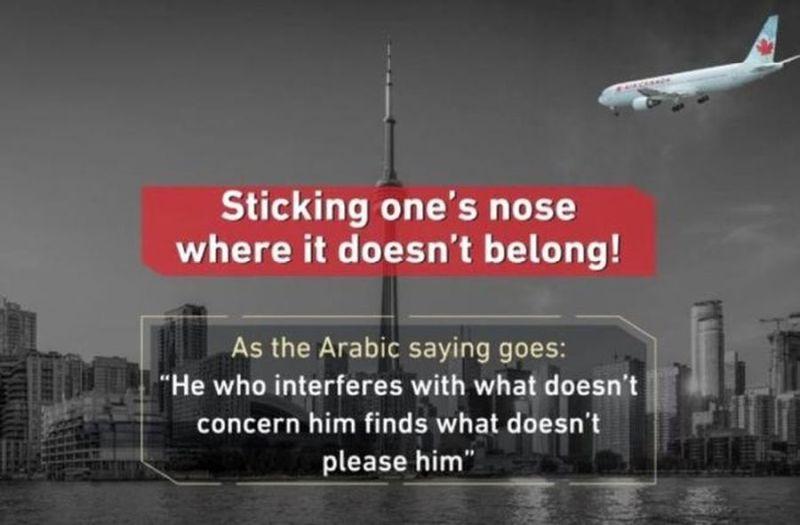 The furious Saudi reaction to Canada’s condemnation of the detentions of civil rights activists was more than an explosion of rage by the kingdom’s strongman, Crown Prince Abdullah bin Salman (MbS). It owed much to his troubles with the opposition at home and the oil kingdom’s shrinking cash resources for financing his grandiose plans.

The Canadian minister was evidently unfamiliar with kingdom’s hypersensitivity to the slightest interference in its internal affairs and fierce zeal in defense of any meddling by outsiders, including its own Arab brethren. The US learned this lesson from long experience. And so, US State Department spokeswoman Heather Nauert stepped carefully when asked by reporters if Washington would follow Ottawa in condemning Riyadh’s arrest of civil rights activists. “It is up to Canada and Saudi Arabia to resolve their differences,” she said. “We can’t do it for them.”

In the event, the crown prince was only getting started when he ordered the Canadian ambassador to leave the kingdom with 24 hours, imposed a freeze on trade and investment in Canada and suspended Saudi Arabia Airline flights to and from Toronto. More payback was still to come. An estimated 16,500 Saudi students on government-funded scholarships were pulled out overnight from Canadian universities, colleges and other schools, and flown to other countries, in what the Saudi Education Minister called an effort to “cut dealings with the Canadian government.” Another commercial airlift on Tuesday evacuated Saudis receiving treatment in Canadian hospitals and transferred them elsewhere.

But that too was not the end of it. A storm rose when the Saudi account on Infographic KSA ran an image on Monday of a Canadian Air Boeing 767 descending towards the highest tower in Toronto with the heading in English, Arabic and French:” Sticking one’s nose where it doesn’t belong” and an Arabic proverb saying: ”He who interferes with what doesn’t concern him finds what doesn’t please him.”

This image caused gasps over its resemblance to the Al Qaeda atrocity of 9/11. The tweet was quickly deleted, although the message was later re-posted with the same message but without the offensive airplane image.

Riyadh’s over-reaction to an affront, which could have been resolved with customary diplomatic procedures, cannot be accounted for simply by the Saudi prince’s hot-tempered and impulsive nature. DEBKA Weekly’s Saudi experts find five serious underlying causes: