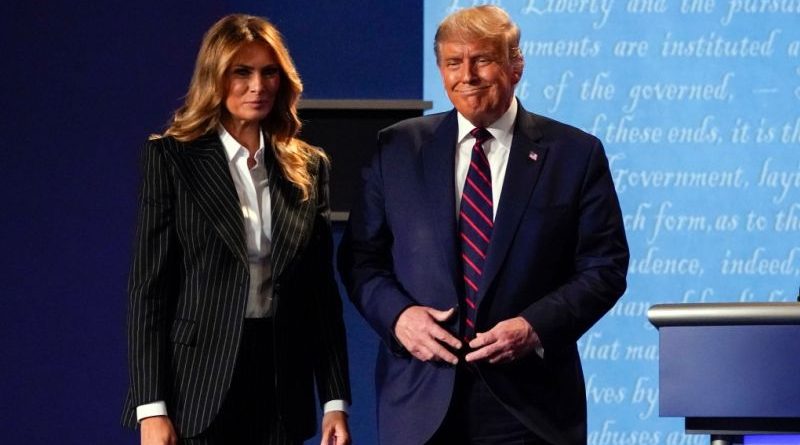 “Tonight the first lady and I tested positive for Covid-19,” President Donald Trump tweeted early Friday, Oct. 2. “We will begin our quarantine and recovery process immediately. We will get through this TOGETHER.”
Trump and his wife went into quarantine and underwent tests on Thursday when their close adviser Hope Hicks came down with the virus after accompanying them to the first presidential debate in Ohio this week. She, like the president avoided wearing a mask, and was the first member of his inner circle to be infected.

Trump has for months played down the severity of the covid-19 outbreak and brushed aside scientific prognosis and advice, although the virus persisted killing more than 207,000 Americans and infecting above 7 million. Most recently, he insisted that the “end of the pandemic is in sight.”

The president’s physician Sean Conley said he was “well” without saying whether he was experiencing symptoms. The president and the first lady are to stay isolated in the White House for now, he said without specifying for how long. He stressed that the president would continue to carry out his duties without disruption while recovering and promised updates on any developments.

Trump’s aides have not said a word about symptoms. However, he faces immediate difficulties in his campaign for re-election in 32 days against former Vice President Joe Biden. Even without symptoms, the president must withdraw from public appearances. If he does succumb to the disease, his candidacy on the ballot may be questioned. At the age of 74, Trump falls in the category of people most vulnerable to the disease. Eight out of every 10 deaths in the US were aged 65 and older.