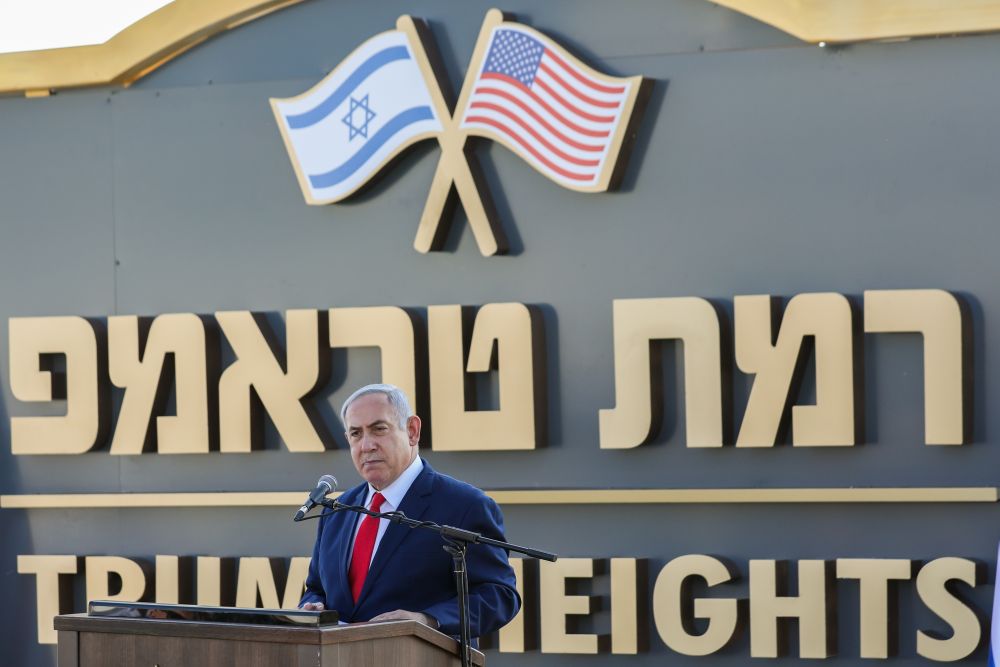 Before campaigning gains steam, the chips are beginning to stack up against two allies’ running for re-election: US President Donald Trump in 2020 and Prime Minister Binyamin Netanyahu in three months. After a string of Iranian attacks on US-linked targets in the Gulf, Trump’s anti-Tehran policy is in impasse, at the same time as a nationwide Fox News poll is giving former vice president Joe Biden, who leads the Democratic field of candidates, a 10-point advantage. Bernie Sanders, too, rates 49 percent to Trump’s 40 pc. The poll factor is notoriously erratic compared with real election results – the same poll predicted a win for Hillary Clinton in 2016. Still it does not look like a good omen

Netanyahu’s policy in relation to Iran, the Lebanese Hizballah and the Palestinian Hamas in the Gaza Strip is likewise in a blind alley. The terror balloons keep coming, interspersed with a rocket or two. With a fat check from Qatar on the way to Gaza City on Monday, June 17, Hamas leader Saleh Arouri feels safe enough to hold talks with officials in Tehran. Netanyahu’s repeated pledges to stop Iran’s military presence in Syria and the Middle East contrast badly with his failure to stop Tehran gaining ground even in the Gaza Strip.
Israeli opinion polls are still to come, but the media are gearing up for a brutal assault on the incumbent. They headline the utterance of every political midget willing to knock Netanyahu, who is already weighed down by missing his chance to form a new government after the April election, and being forced to call a new vote in September. The media continually dog him with the threat of prosecution on corruption charges.

Played down are such developments as the disarray besetting Likud’s most serious rival, the new Blue-White Party – not least because their campaign adviser, Mark Melman, an American polls expert, who led the party to almost toppling Likud, is quitting. He does not believe the party can win the next election with its top-heavy leadership and division of functions among the four top men. When it comes to strategy, Blue White leaders can’t make up their minds whether to go for the right-leaning voting segment and poach on Likud or pick up the pieces of the crumbling left-leading parties.

In some senses, both Trump and Netanyahu have never stopped campaigning to consolidate their positions. The president is tireless in his quest for one-on-one summits with world leaders for settling outstanding issues – even with Iran’s supreme leader Ayatollah Ali Khamenei, if that could be arranged. Netanyahu has given up on his efforts to organize summits with Gulf rulers. He is concentrating instead on building the government he hopes to lead after the September election. It will be ready to go without delay to block any avenue for President Reuven Rivlin to choose anyone else after the election as prime minister-designate.

On Sunday, June 16, Netanyahu and his ministers traveled to the Golan to inaugurate a new community in honor of the US president, naming it Trump Heights. With them was the US Ambassador David Friedman. The new community is planned to be a picturesque hill resort, located near Kibbutz Gonen on the 959 Route in beautiful natural scenery. It has a view of Mt. Hermon to the north and the Hulah Valley to the southwest. Unfortunately, Trump Heights is also within easy range of shelling or armed drone attacks from across the border and may tempt Iran and its proxies to repeat the exercise Yemen’s Houthi rebels performed last week. They targeted Abha, a Saudi holiday resort in the Assir mountains overlooking the Red Sea and embedded in the largest wild bird colony in the region. Abha is a favorite summer getaway for privileged Saudi Arabians. Still, the fate of Trump Heights at this time is irrelevant compared with the problems facing the two leaders.