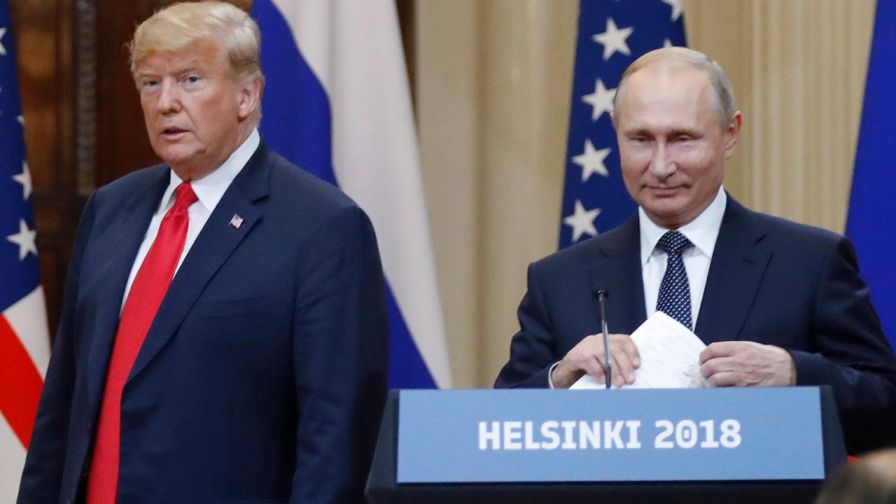 Presidents Donald Trump and Vladimir Putin told the press that their two-hour face-to-face on Monday, July 16, in Helsinki, was a success. But, the impression was that there was very little agreement on the issues they touched on, including Iran, Syria or Crimea. Neither referred to the removal of Iran and its proxies from Syria, as Israel has demanded. Putin appeared to say that Israeli security was served by the Israeli-Syrian 1974 Separation of Forces agreement on the Golan and advised extending it to the Syrian-Jordanian border as well. Trump noted: “We both talk to Benjamin Netanyahu, work with him on Syria and agree on the importance of Israel’s safety.”

With regard to Iran, the US president said: “We won’t let Iran profit from our successful campaign against ISIS” and advised “pressure on Iran” to give up its nuclear plans and “stop its campaign of violence across the Middle East.” The Russian president did not pick up on this point, indicating lack of accord. When a reporter asked Trump about the US military presence in eastern Syria, he answered curtly that there are channels for dealing with US-Russian military cooperation in Syria and they were worked efficiently. That issue also appeared to have been left open.

It would seem that the high speculation ahead of the summit of a deal in the making between the two presidents for Iran to quit Syria in return for a US military pullback was pie in the sky. The two leaders also skated over the Iranian nuclear program, except for Putin’s comment that the 2015 nuclear deal was beneficial in that it advanced the non-proliferation regime.

Trump and Putin both pledged a new start for US-Russian relationship: Putin said, “The cold war is a thing of the past” and listed the world problems that would benefit from their cooperation. Trump said: “Our relations were never worse than now – until everything changed four hours ago,” when their meeting, he said “went very well.” However, the accusations of Russian meddling in the US elections hung heavily over the event. Trump said he had raised the question and the two presidents discussed it at length. “I won’t make decisions on foreign policy to appease partisan critics,” Trump insisted and repeated that no collusion had been proven. Putin stood by his rejection of the charges. “The Russian state had never interfered and never would interfere in the US election” he emphasized. “There is not a shred of evidence against us,” he said and offered to instruct Russian secret service officers to cooperate with Special Counsel Robert Mueller’s probe.

Other subjects touched on were successful intelligence cooperation in counter-terrorism, North Korea, Crimea, Europe and the Russian president’s hope to work with the US on fuel pricing. They both agreed that more conversations were needed to address all these issues and meanwhile joint teams would go to work to explore them further.