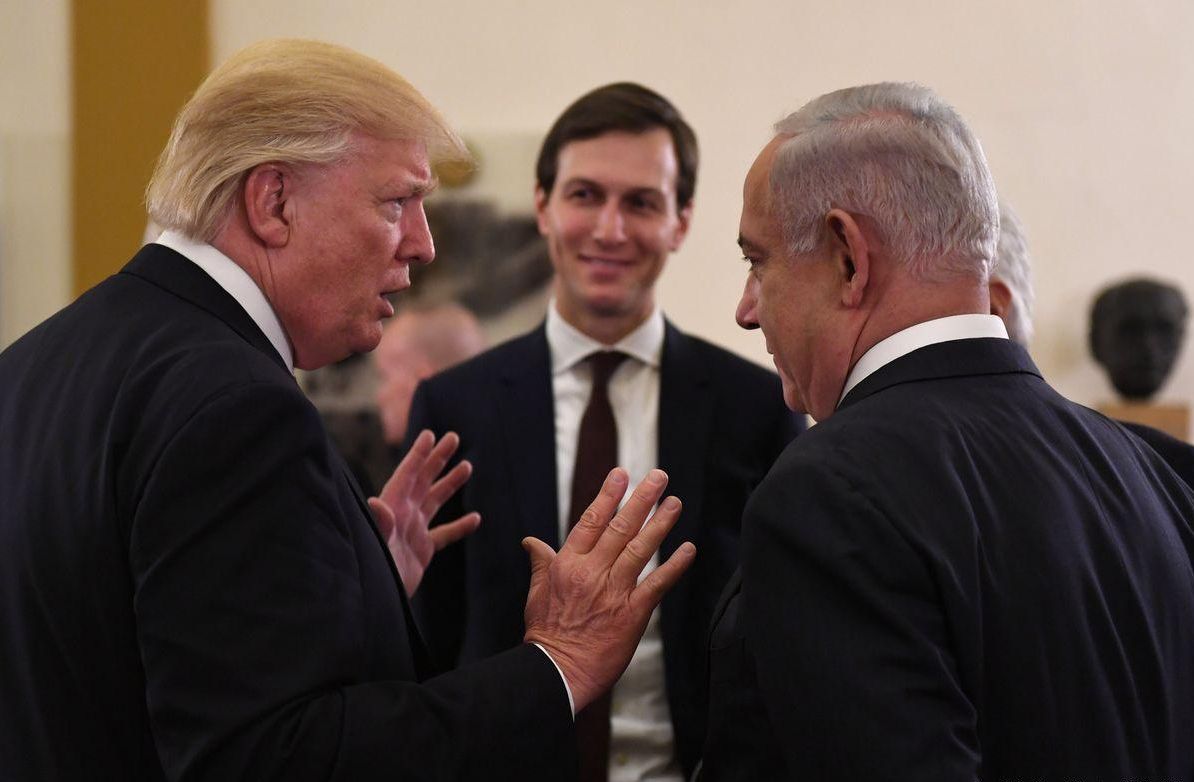 President Donald Trump is asking Prime Minister Binyamin Netanyahu to build his campaign around the “Deal of the Century” for an Israeli-Palestinian peace, DEBKAfile reports exclusively. This insistent request keeps on coming up in contacts with Washington, including Netanyahu’s conversation with Secretary of State Mike Pompeo in Brazil on Tuesday, Jan. 1. The peace plan’s authors, the president’s advisers Jared Kushner and Jason Greenblatt, have been placed on standby for finally going public on their product in the near future.
In recent consultations at the White House, in which US ambassador to Israel David Friedman also participated, the president was advised that publication of the peace plan would not be good for the prime minister and his Likud’s chances and it would be better to wait until after the April 9 election. Trump, however, stood by his demand and put forward the following arguments for an early date of publication:

Some of Trump’s advisers suggested as a compromise that just sections of the peace plan be released at this stage, not the entire opus. They hoped that Trump would be deterred from losing patience and turning to Twitter to unveil his plan, with the same abruptness as the US troop pullback from Syria last month. He could do this in a series of tweets.

On Tuesday, Jan. 1, Israel’s party strategists were engrossed in calculating how the Trump peace plan landing in the middle of the election campaign would affect their prospects. This scenario appeared more pressing even than Labor leader Avi Gabbay’s sudden dumping of Tzipi Livni which was making waves. They also treated as a flash in the pan the media reports, soon to be denied, claiming that Attorney General Avichai Mendelblit had conferred with a flock of ex-prosecutors and legal whizzes on how to handle the cases against Netanyahu.