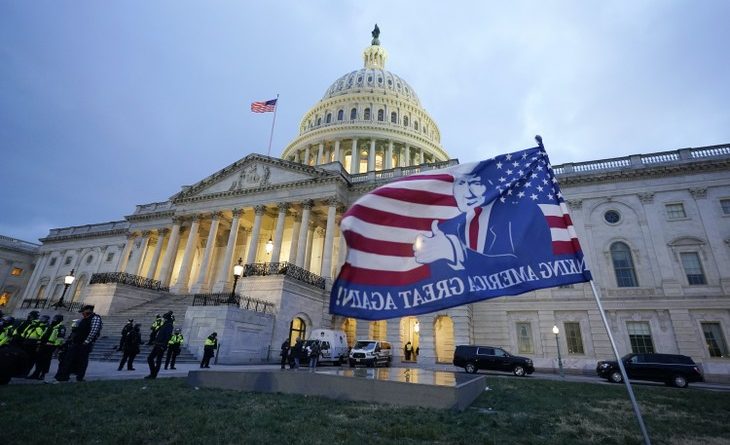 In a new video message, President Donald Trump said Thursday night, Jan. 7, that now that Congress has certified the results, the “new administration will be inaugurated on January 20” and his “focus now turns to ensuring a smooth orderly and seamless transition of power.” He voiced outrage at the “violence, lawlessness and mayhem” by the invaders of Capitol Hill, who, he said “had defiled the seat of American democracy.” He added: “And to those who broke the law, you will pay.”

Several of Trump’s top aides, including the cabinet secretary resigned over the Capitol siege. Some Democratic leaders propose steps to impeach Trump. President-elect Joe Biden appeared to prefer support for a peaceful transition of power. Once that is achieved on Jan. 20, Trump may find he is exposed to his opponents’ calls for an investigation into his role in the violent, chaotic storming of the legislature which came after a rally of supporters heard him call, “Stop the steal.”

His access to internet was blocked for 12 hours by Twitter, Facebook and Instagram. US Capitol Police Chief Steven Sund tendered his resignation on Thursday, over his force’s failure to halt the penetration of the US Capitol building by rioters who ransacked the legislative building and forced the evacuation of the Senate floor.

The US Congress reconvened later and certified Biden’s election victory by a 306-232 vote margin. Objections by over a dozen senators and 100 members of the House failed to stop Congress from approving the results. The repercussions of the unprecedented rampage through Capitol Hill are far from over. The shocking episode caused widespread outrage whose impact will roll on after Trump exits the White House on initiatives expected from Nancy Pelosi and Chuck Schumer, who now lead the two Houses of Congress.