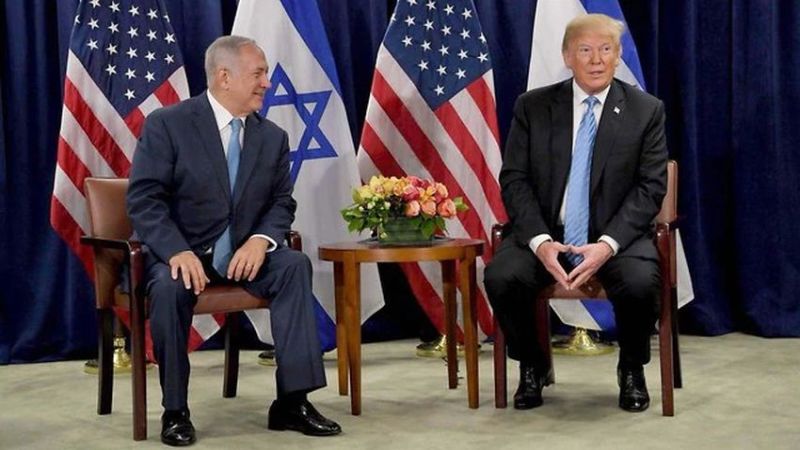 President Donald Trump has notified concerned Arab rulers that he is ready to discuss a timeline for the release of his Israeli-Palestinian peace plan, DEBKA Weekly learns from its exclusive Washington sources.

The US President told the Arab rulers that his “Plan of the Century” was finished down to the last iota and ready for immediate publication. He proposed that they set a date together and let a joint US-Arab team make the final arrangements. He hoped to finalize it all when he met MbS and MbZ in Buenos Aires on the sidelines of the G20 summit.

Trump deliberately excluded Israel and its prime minister from the process leading up to the publication of his plan for peace between Israel and the Palestinians – a stunning omission for which our sources postulate the following rationale.

Last week, Trump was led to believe that the government crisis which erupted in Israel 10 days ago would force an early election in March. He was ready to hold his peace plan back until it was over, appreciating that Netanyahu’s prospects of re-election rest heavily on popular faith in his close and stable ties with President Trump and his administration.

But then, Trump saw Netanyahu maneuvering politically to keep his government afloat full term, up until the general election in November. Taking this change personally amiss, the US president decided to wait no longer for the Israeli prime minister and turned to friendly Arab rulers to get his peace plan off the ground as soon as possible. Publication is now scheduled for around late January-early February 2019, following a US-Arab process which leaves Israel in the cold.