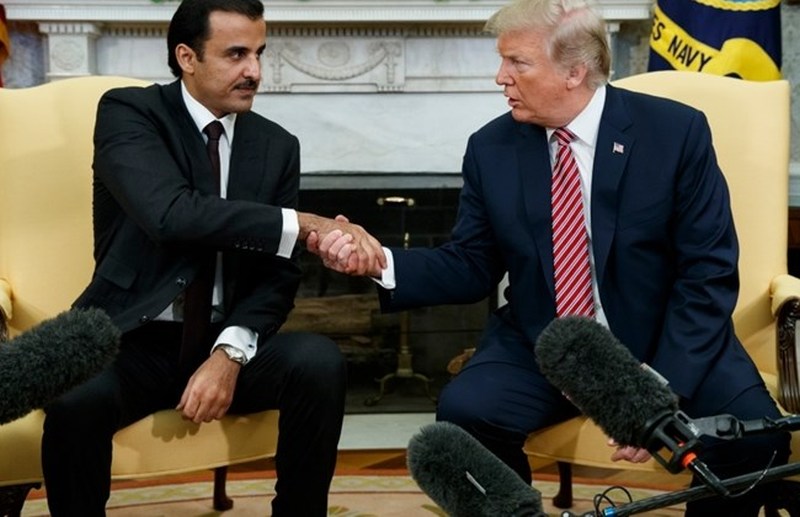 Qatari Emir Sheikh Tamim bin Hamas al-Thani slipped in and out of the White House on April 10 scarcely noticed amid the hullabaloo over the coming missile strike against Bashar Assad’s chemical sites. However, the consequences of his visit will linger long after the dust settles from that strike.

US President Donald Trump had invited the emir to persuade him to offer an olive branch for patching up his 10-month quarrel with Saudi Arabia and the UAE, after twisting his arm with a threat to shut down the big US Al Udeid Airbase in Qatar. The emir was unmoved by Trump’s bid to resolve the feud.

It has meanwhile reached into the international money markets. Japanese Prime Minister Shinzo Abe told Trump when they met at his Mar-a-Lago estate in Florida on Wednesday, April 17, to discuss expanding trade relations, that Japan’s Mizuho Securities had lost both the $11bn bond mandate for Saudi Arabia and a $12bn deal for Qatar over the quarrel.

That Qatar was digging its heels in was evident on April 14 when a lowly official was sent to take the ruler’s seat at the Arab League summit in the Saudi town of Dhahran.
The UAE foreign minister, Anwar Gargash commented: “The absence of the Emir of Qatar from the Dhahran summit is a natural and deplorable result of the policy of arrogance adopted by Doha since the start of the crisis.” His Saudi counterpart, Adel al–Jubayr said the quarrel would be assigned to the Gulf Council of Cooperation.

Emir Al-Thani was not in a mood for conciliation when he arrived in Washington after Saudi Crown Prince Mohammed bin Salman last month dismissed the oil emirate as “smaller than a Cairo street.” The prince is also planning to sink a maritime canal along the Saudi-Qatar border that would turn Sheikh Al-Thani’s realm into an island, hemmed in by a Saudi military base on one side and a dumping site on the other for waste from a projected nuclear power plant.