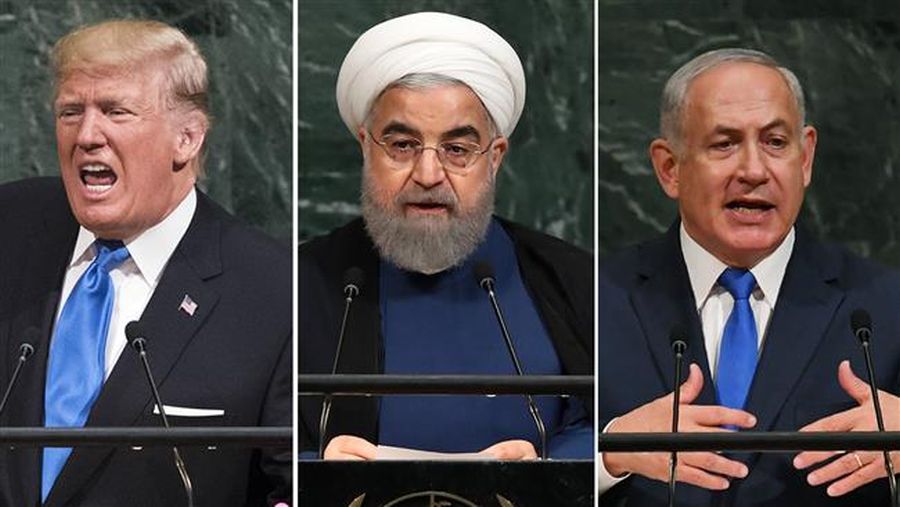 President Donald Trump said Tuesday night July 31: “I have a feeling they’ll be talking to us pretty soon. And maybe not, and that’s OK too.”  He sounded exactly as he did before meeting Kim Jong-un in Singapore on June 7. Israel, caught by surprise, reported an assurance from “a senior US official” that “there is no change in the tough policy against Iran.”
This development should not have come as a surprise. He led up to it two months ago. On June 7, Trump came out with this comment: “Iran is a different place than it was two months ago, And we’ll see what happens. And maybe, ultimately, something will happen with Iran.”  On another occasion, he said: “Iran is acting a lot differently. They’re no longer looking so much to the Mediterranean. They’re no long looking so much to what’s going on in Syria, what’s going on in Yemen and a lot of other places.”  Then, in a broad hint to his intention, he said: “They’re a much, much different group of leaders. And I hope at some point they’ll come to us and we’ll sit down.”

These were no meaningless, off-the-cuff comments, as Trump’s utterances are often treated by news media, including those of Israel – until they are fed official briefings. They offered a window to a solid diplomatic process that was quietly gaining momentum. From early June, US and Iranian emissaries have been holding exploratory talks through Oman’s good offices. Israel’s diplomatic and intelligence eyes and ears missed what was going on, because they took it for granted that the Trump administration would not embrace an initiative as far-reaching as this without letting Jerusalem know.

But that’s exactly what happened. Israel should have been alerted by the comings and goings of Omani Foreign Minister Yusuf bin Alawi bin Abdullah between Washington and Tehran, and Iranian Foreign Minister Muhamed Javad Zarif’s visit to Muscat in early July. The two ministers were the live wires in the two years of back-door diplomacy which culminated in the Obama administration signing the 2015 nuclear deal with Iran.
On Monday, July 30, DEBKAfile first revealed that such contacts were afoot under the caption: “Iran secretly explores Trump’s terms for negotiating new nuclear deal.” The next day Trump said quite openly that he was ready to meet President Hassan Rouhani with no prior conditions.

Still, Jerusalem was so taken aback by the news that it was officially struck dumb for two days. Then, on Tuesday night, an anonymous Israel official offered a terse, initial statement: “Senior US officials conveyed to Israel that there is no change in the tough policy against Iran.” This sentence, which showed Jerusalem to be still off-balance over the news, left three questions still unanswered:

59 thoughts on “Trump heads for summit with Rouhani. Israel caught by surprise”