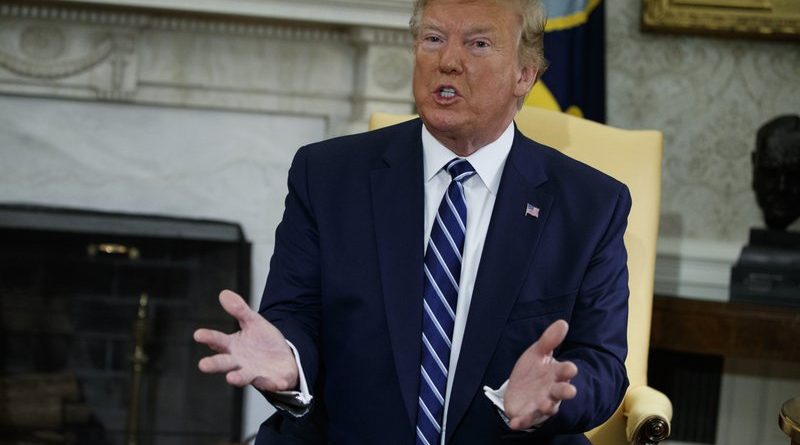 US President Donald Trump has invited Arab envoys to the White House for the formal presentation of his peace plan on Tuesday, Jan. 28. On Monday, he briefed , Prime Minister Binyamin Netanyahu and his rival, Kahol Lavan’s Benny Gantz, on the plan in separate back-to-back meetings.
The president hopes the Arab envoys will attend the unveiling of his “Deal of the Century” as a gesture of support for his blueprint for an Israel-Palestinian peace. His advisers see them as agreeing to attend out of hesitation to affront the President Trump and also reluctance to identify with Palestinian Authority chairman Mahmoud Abbas’ furious rejection of the plan.
On Monday, Abbas called on all Palestinian organizations to send their young people out on the streets to challenge IDF forces and voice their rage with the Trump plan. Israeli commanders are bracing for violent outbreaks that are limited to certain spots. The main Palestinian population is not expected to respond to Abbas’ call for a Day of Rage.
But in the Gaza Strip, the Hamas terrorist organization is planning to revive its “March of Return” riots on the border fence, after a short pause, and have given the incendiary balloon gangs in action in the past week a free hand and told them there are no more constraints.

Gantz left Washington for home Monday night after a 50-minute first acquaintance interview with the US president.  He was determined to be in Jerusalem in time for the Knesset hearing on Tuesday 11 a.m. for setting up a committee to judge Netanyahu’s application for immunity from prosecution on three corruption charges. The majority is packed against granting the prime minister immunity.  It is led by Benny Gantz, whose campaign for election, including the current fight for the March 2 ballot, has been consistently dominated by the drive to evict Netanyahu and the argument that he is not fit to be prime minister.

Netanyahu was reported Monday night to be seriously considering withdrawing his application for immunity before it is defeated. He is using his time in Washington and warm friendship with Trump to highlight his successful career as a brilliant global diplomat whose achievements for the State of Israel are epic.