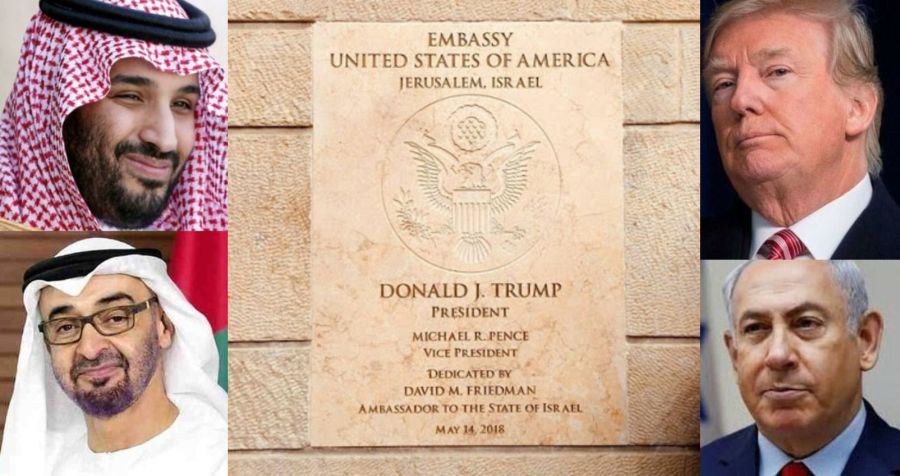 President Donald Trump sees his peace plan as a springboard for shaping an Israel-Arab track – even  if spurned by the Palestinians at first. He is preparing for the second time to unveil the all-but complete peace plan in mid-June i.e., after the month of Ramadan, subject to the situation in the region, five administration officials informed US media on Friday, May 18. His son-in-law and senior advise Jared Kushner and Jason Greenblatt, his special adviser for international negotiations, had originally been instructed to tie up the last ends in time for its launch with the US embassy dedication in Jerusalem on May 14. The spadework was in hand. The president had discussed the peace plan’s content with three Arab leaders, Saudi Crown Prince Muhammad bin Salman, UAE emir Sheikh Muhammad bin Zayed, the Qatari ruler Sheikh Tamim bin Hamad al-Thani, Egyptian President Abdel-Fatteh El-Sisi, as well as thoroughly briefing Prime Minister Binyamin Netanyahu. Turkish President Tayyip Erdogan was invited to come aboard, but he rebuffed the offer – and that was even before he generated a crisis with Israel for its deadly confrontation with Hamas in Gaza.
Some of the elements incorporated in the Trump peace plan were revealed by DEBKA Weekly 798 on April 27

Sources who have had access to the text told DEBKAfile that it addresses the subjects at issue in detail, including Jerusalem. They disclosed the following nine elements:

105 thoughts on “Trump ME peace plan: Half West Bank for Palestinians, Abu Dis as capital”