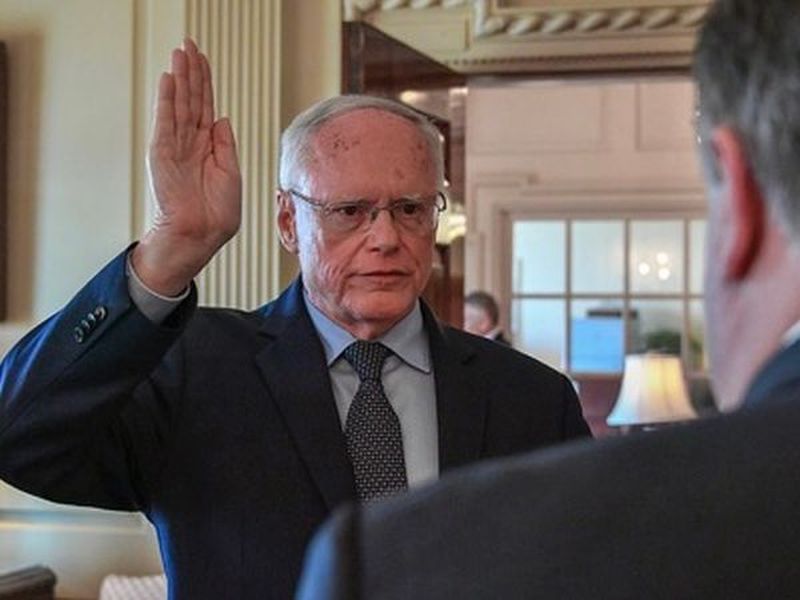 US President Donald Trump this week floored friends and foes alike with his surprise choice of James Franklin Jeffrey, 72, as the US Special Representative for Syria Engagement, a new position created by Secretary of State Mike Pompeo to handle “all aspects of the Syria conflict.” His remit covers working with Russia and others to reinvigorate international diplomacy on Syria via UN process under Security Council Resolution 2254, which “calls for free and fair elections in Syria to transition to a new government.”

However, two years ago, on Aug. 8, 2016, Jeffrey, after a distinguished career in public office, included his name in the fifty senior Republican national security officials who signed a letter declaring that Donald J. Trump “lacks the character, values and experience” to be president and “would put at risk our country’s national security and wellbeing.” They warned he “would be the most reckless president in American history” and castigated him for “demonstrating repeatedly that he has little understanding” of the nation’s “vital national interests, its complex diplomatic challenges, its indispensable alliances and democratic values.”

Many of the signatories were top aides or cabinet members under President George W. Bush, as was Jeffrey himself. A visiting fellow at the Washington Institute for Near East Policy, a member of the CIA External Advisory Board, of the American Council on Germany and of the Council on Foreign Relations, Jeffrey reached these positions after serving as US ambassador to Iraq (2008-2010), ambassador to Albania (2002-2004) and in 2010 appointed Career Ambassador, the highest rank in the US Foreign Service.

President Trump never forgave any of the 50 signatories for that letter or gave them jobs – until now with the appointment of Jeffrey to one of his administration’s most sensitive posts in the conduct of his Middle East policies and even more complicated tactics with regard to Russia and Iran. Secretary of State Pompeo and National Security Adviser John Bolton, who were familiar with Jeffrey’s special talents, helped persuade the president to bring him on board.

On three points, Jeffrey sees eye to eye with Trump: Antipathy for Iran, the need to work with Moscow on a Syrian accommodation, and strong support for Israel. However, his appointment was surprising in view of his dissenting views with the president on certain critical issues.