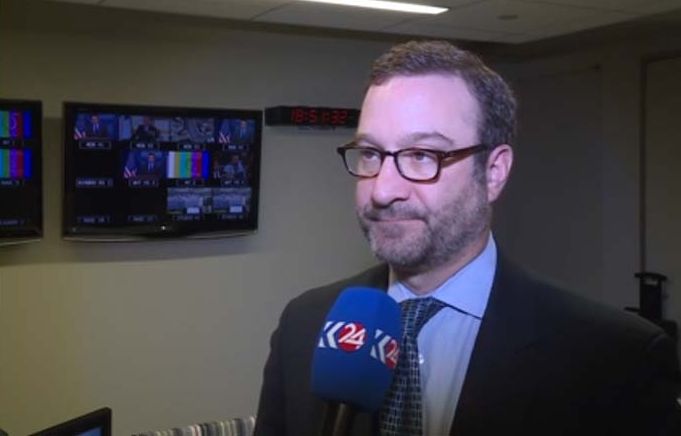 David Schenker, a director at the prestigious Washington Institute for Near East policy, is to be assigned the top Middle East post at the State Department, as part of the ongoing shakeup ordered by President Donald Trump. DEBKAfile’s Washington sources report that Schenker, a friend of Israel and expert on Syria, Lebanon, Hizballah, Jordan and Islamist terror, is a former senior adviser to Donald Rumsfeld, when he served as defense secretary in the George W. Bush administration. He is the second non-diplomat to receive a high State Department appointment since Trump entered the White House. As assistant secretary of state for Near Eastern affairs, he will follow Andrew Peek, a former military intelligence officer, who was named deputy assistant secretary of state for Iraq and Iran.

Trump and Secretary of State Rex Tillerson have been conducting a quiet revolution in the department to replace the professional diplomats who led former administration policies for appeasing Iran, promoting certain Arab and Muslim circles and antagonizing Israel.