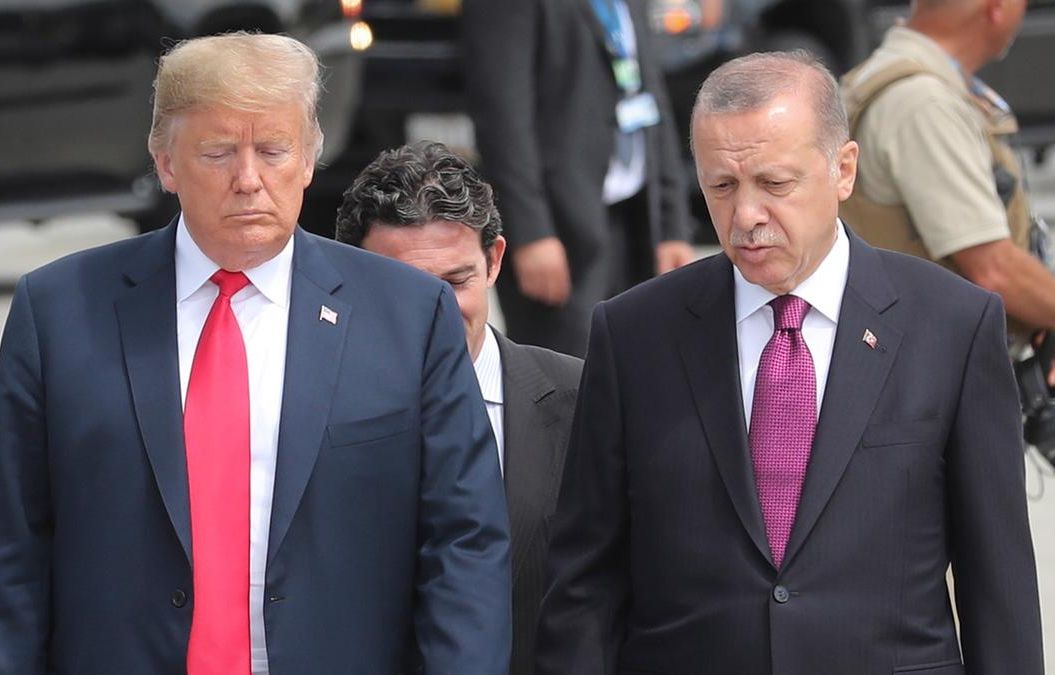 President Donald Trump on Sunday, Dec. 23 named Dep Secretary of Defense Patrick Shanahan as Defense Secretary as of Jan. 1, 2019. By deciding not to wait for James Mattis’s departure on Feb. 1, Trump asserted his authority as commander in chief. In the same Tweet, he put the Turkish President down for his strident threats of military operations to “deal with” the Syrian Kurds and ISIS,” as soon as the Americans were gone. Trump: “I just had a long and productive call with President Erdogan of Turkey. We discussed ISIS, our mutual involvement in Syria & the slow & highly coordinated pullout of US troops from the area. After many years, they are coming home.”

In other words, the US was slowing down the troop withdrawal from northern and eastern Syria to such time as it suited the administration – not Erdogan and his plans.

(DEBKAfile revealed exclusively on Saturday Dec. 22 that the US pullout could take months and went on to negate Turkey’s plan to cross the Euphrates into E. Syria.)

Indeed, by a single well-calculated move, scarcely the action of a president ruling recklessly from a chaotic White House, Trump put Erdogan in his place and showed him up as a braggart, because the truth is that Ankara does not have enough troops or military assets to make good on his threats to cross into northern Syria, confront the Kurds in their capital of Qamishli, beat them down and seize control of all northern Syria.

This Tweet was Trump’s answer to a panicky phone call he received earlier Sunday from the Turkish president. Some informed sources in Washington report that Erdogan pleaded with Trump to slow down the US troop pullout from Syria. He had fed the media in the past 24 hours with the boast that massive Turkish forces were already massed in Northern Syria ready to head east across the Euphrates to finish the Kurds. DEBKAfile’s military sources disclose that the “massive” Turkish force consisted of a single tank battalion, nowhere near a threat to the battle-seasoned Kurdish militia.
From Saturday, Dec. 22, Erdogan, vented his frustration over the poke in the eye he received from the US president, by heaping abuse on Israel, a pet target.

“The Jews in Israel kick people when they’re lying on the ground… not just men, but women and children as well…as Muslims… we’ll teach them a lesson,” Erdogan told a Turkish youth audience on Saturday. Prime Minister Binyamin Netanyahu replied, “Erdogan—the occupier of northern Cyprus, whose army massacres women and children in Kurdish villages, inside and outside Turkey– shouldn’t preach to Israel.”