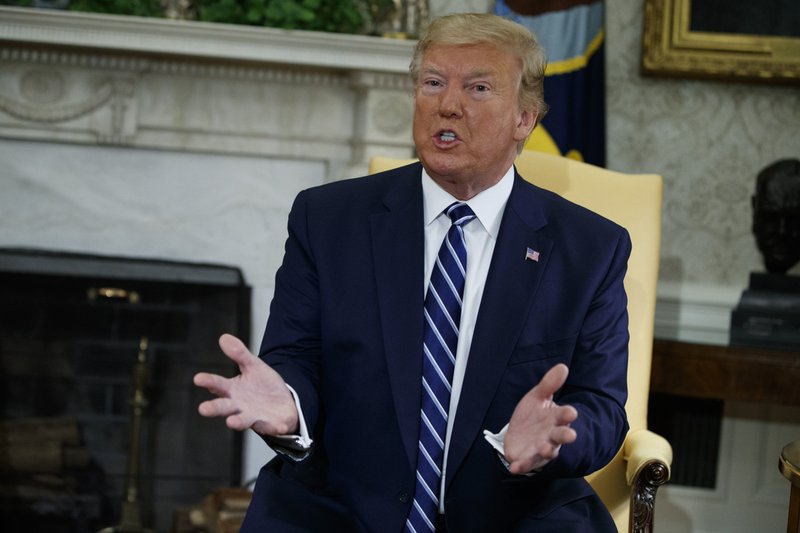 US aircraft and ships were abruptly turned back when already on their way on Thursday, June 20, to strike a “handful” of Iranian targets after the downing of a US drone. For this sudden change of orders to abort a punitive US operation against Iran, US President Donald Trump risks being labelled a vacillator, a stigma he often attaches to his Democratic rivals.

His top advisers, Secretary of State Mike Pompeo, national security adviser John Bolton and CIA Director Gina Haspel, pushed hard for the president to retaliate militarily for the downing of the US Navy Triton over international Gulf waters. They were concerned not only by the urgency to shore up US deterrence in the face of mounting Iranian attacks on US interests and allies in the region, but the impact inaction would have on America’s standing in relation to China, Russia and North Korea.
The aborted operation was not planned to be a major act of war against Iran, rather surgical strikes at Revolutionary Guards missile, radar and air defense sites, on lines recalling Israel’s attacks on Iranian locations in Syria. Nonetheless, Trump decided to heed voices from the Pentagon and Democratic lawmakers to “deescalate” US tensions with Iran, rather than exacerbating them.

This reversal was reflected in the president’s contradictory remarks on Thursday: after calling Iran’s downing of the US drone  “a very bad mistake,” he equivocated that it may have been “a mistake made by somebody that shouldn’t have been doing what they do…. I think they made a mistake and I’m not just talking about the country made a mistake, somebody under the command of the country made a mistake.”
Early Friday, some administration sources acted to repair some of the damage to American deterrence caused by the Trump backtrack. They maintained that the operation was not called off only put back by a few days.

Meanwhile, looming over Washington is the short week remaining until the June 27 deadline set by Tehran for breaking out of the agreed uranium enrichment ceiling up to the 20 percent level near weapons grade. Lawmakers from both sides of Congress who were briefed at the White House on Thursday, were told that US allies led by Saudi Arabia and Israel would view that step as more dangerous even than Iran’s ongoing aggression against oil targets and US interests in the region. Some of the lawmakers remarked that America, Israel and Saudi Arabia may decide that Iran must be stopped from resuming its progress towards a nuclear weapon – even by military action.

Therefore, the pivotal moment of the US-Iranian standoff has not passed; it was just postponed by 7 to 10 days.
It must be said, however, that it is hard to establish whether the reporting on the turbulent events of the last 24 hours genuinely reflected President Trump’s reasoning and calculations or, indeed, Iran’s next steps. Will Tehran meet the US President halfway by tempering its belligerent acts? Or be encouraged to redouble them by piling on attacks on additional US and allied targets?  The first clue came Friday morning, when Iran’s Defense Minister maintained that there is no longer any doubt that it was the United States which attacked the two oil tankers in the Gulf of Oman.