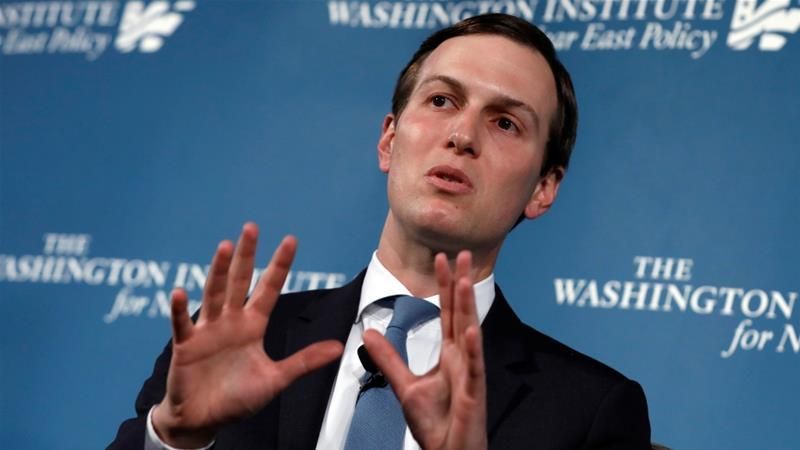 The hurdles in the path of Donald Trump’s venture into Israeli-Palestinian peacemaking are legion. Nonetheless, the compilers of his Middle East Deal of the Century, Jared Kushner, special Mid East peace envoy Jason Greenblatt and US ambassador to Israel, David Friedman, decided to go ahead and start releasing their two-year product, chapter by chapter, on June 15, according to a timetable still to be determined.

The first segment, dubbed Peace to Prosperity, will be unveiled at a two-day conference on June 26-27 in the tiny Gulf kingdom of Bahrain, with the stated aim of raising $60 billion for laying down Palestinian economic and financial infrastructure. The Trump team has decided that putting a Palestinian economy in place should come before addressing their political and national aspirations.This is likely to happen when Donald Trump is no longer sitting in the White House.

No sooner was the Bahrain conference announced, when it was slammed by the Palestinian Prime Minister. Mohammed Shtayyef said on Monday, Ma\y 19 that any American peace plan which “ignores the Palestinian people’s aspirations for an independent state is doomed to fail. Any solution to the conflict must be political… and based on ending the occupation,” he said at a Palestinian cabinet meeting in Ramallah. “The current financial crisis is a result of a financial war waged against us and we will not succumb to blackmail and extortion or trade our national rights for money.”

Mahmoud Abbas’ Ramallah-based Palestinian Authority is badly strapped for cash since it broke off ties with the Trump administration. The Trump peace team have now warned the heads of the PA through CIA backchannels against staging protests or stirring up trouble against the conference in the Arab and Muslim world. Any outbreaks, they warned, would bring more penalties down on Ramallah, including further cutbacks in the allocations available to the Palestinian Authority.

This warning was underlined by the denial this week of a US visa to Hanan Ashrawi, one of the leading lights of the Palestinian Authority, who finds many a sympathetic ear in Washington during her visits. This step and its timeline told her fellow-members of the Palestinian establishment that they too would be refused US visas if they staged a public outcry against the release of the first segment of Trump’s peace plan. Our sources also disclose that Washington informed Ramallah that the Trump peace plan runs in toto to some 50 pages, of which only two or three would be published on June 15 and the remainder at a later date.

The Palestinians’ predictable animosity to the US plan is coupled with an even greater uphill challenge: The raising of $60 billion to finance the Palestinians’ “Peace to Prosperity.”. Our sources note that all the parties concerned are keeping their hands in their pockets until they hear how much the United States contributes. But until now, the Trump administration insisted on the bulk of this burden being shouldered by Arab entities associated with the oil-rich Gulf nations and Arab tycoons. The consent of Saudi Arabia, the United Arab Emirates and Egypt to send their economic ministers to Bahrain does not represent any commitment on their part to invest in the colossal scheme for the benefit of the Palestinians. This was made clear. International Arab financiers also insist that without a substantial American investment, they too may be counted out for funds.. The choice of conference venue is puzzling, say DEBKA Weekly’s sources, when more than half the princes of the scrap of land called Bahrain hate the idea of any involvement in the Palestinian-Israeli dispute from which they have always kept a careful distance. Why aren’t the Saudis and Emiratis, US allies, playing host to the event? they ask. Bahrain has its own problems: The Shiites which dominate the tiny population of 1.5 million, are a constant thorn in the side of King Sheikh Hamad ibn Isa Al Khalifah and hostile to the Saudi military presence, which safeguards his throne against domestic and external threats -especially from Tehran. The Bahrainis fear that the US-staged conference will be a catalyst for more trouble. Iran and Hizballah are capable of unleashing their secret Shiite cells for attacks on its participants.