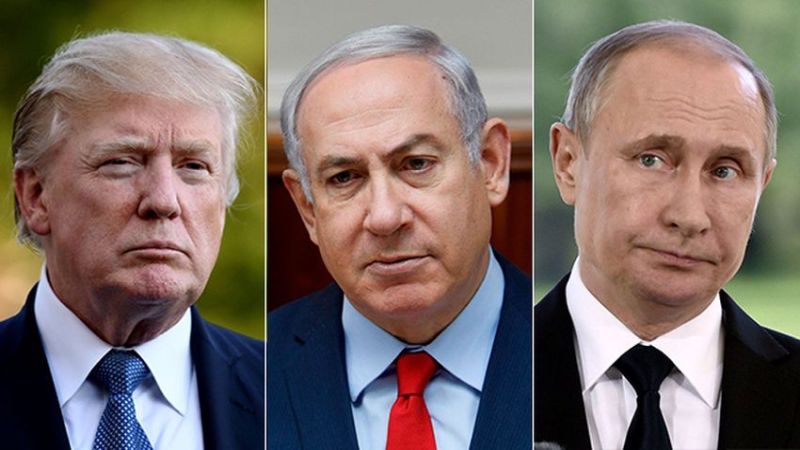 The decision to focus on Jerusalem the quiet Trump-Putin collaboration on aspects of their Middle East policies was announced on Wednesday, May 29, the day that Prime Minister Binyamin Netanyahu confronted Israel with a snap election in the fall after failing to form a government.

Presidents Donald Trump and Vladimir Putin often astound watchers by the astonishing flexibility both leaders display for recasting their policies and maneuvers to meet changing circumstances and moving interests. What they have in common is their overriding will to avoid a military clash in the Middle East, while using changing conditions to advance their respective agendas.

The frame for the shared US-Russian joint strategy was drawn by Trump’s decision in early April to keep US troops in Syria, after all, and stay in military control of the northeastern regions and the Syrian-Iraqi borderlands. (This strategy was first revealed by DEBKA Weekly 843 on April 12: Trump Rethinks Syria: US Troops to Stay with Coalition to Curb Russian Influence.). That was the turning point for the change in Putin’s policy on Syria and his perception of Israel as a strategic partner in the region. Ever the pragmatist, Putin quickly saw advantage in his joining forces with the US and Israel in Syria in the framework of regional security cooperation and opposition to Iran’s military presence there. (See a separate item on Russia’s actions against Iranian control in Damascus.)

Putin makes no secret of his appreciation of Israel’s importance in this respect. Following his talks with Prime Minister Netanyahu in Moscow on March 27, the Kremlin announced that Russia and Israel “will establish a joint team to work toward the pullout of all foreign troops from Syria fighting in its civil war.”

After spending years trying to push the Iranian military and its allies out of Syria, Netanyahu announced that he and the Russian president had agreed to work towards this goal. “Israel and Russia will continue military coordination,” he reported happily to the cabinet after his trip to Moscow.

Although Netanyahu referred to this announcement in comments at the end of the Knesset dissolution vote after midnight on Wednesday, it remained unmentioned in local media – even though this event is unprecedented, in that neither Israel nor any other Middle East nation has ever been invited to take part as an equal in any discussion by the two superpowers on regional security issues. The two powers had evidently agreed to register the Jewish state’s breakthrough to the rank of a strategic partner in the region.

Putin took care to set this pivotal meeting in West Jerusalem, lest he be accused of joining Trump in acknowledging the entire city as Israel’s capital. The Russian president also used this unique trilateral event to balance his absence from the first unveiling of the economic component of the Trump Middle East peace plan next month in Bahrain. This sent a dual message to the Palestinians. While backing their boycott of the Trump peace plan event and supporting their legitimate national aspirations, Putin was telling them to wake up and get used to the new reality of Israel’s status as a regional power and recognized as such by Moscow as well as Washington and a number of Arab capitals.

By their precise timing, Washington and Moscow fired a shot into election campaign and crisis besetting Israel after Netanyahu failed to negotiate a new government coalition and was forced to call a snap election for Sept. 17, six weeks after the last ballot in April. The White House communiqué announcing that the US-Russian-Israeli security conference is to hold its first session in Jerusalem was a striking vote of confidence by Trump and Putin in Netanyahu, recognizing the value of his gifts in the shaping of regional security and his talent for political durability.