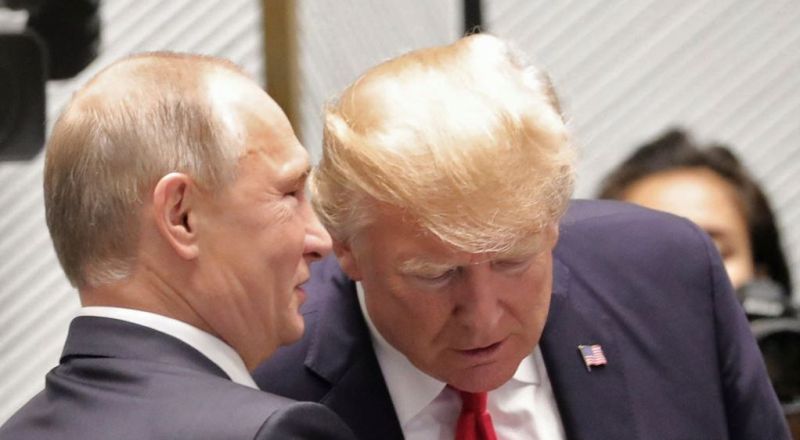 The warming of ties between Presidents Donald Trump and Vladimir Putin that was reflected in Trump’s National Security Strategy speech on Monday, Dec. 18, was not the outcome of a sudden whim. It was a policy put together piece by piece in a series of careful steps orchestrated by the White House, the National Security Council and the Pentagon.

The evolving architecture is already in action in two fields: A start has been made on US-Russian military intelligence sharing for the war on ISIS in eastern Syria and joint guidelines have been drafted for the future conduct of the Syrian war.

As for outer symptoms of the partnership, Putin in his end-of-year briefing to reporters on Thursday, Dec. 14, complimented Trump on his economic achievements and his work for enhancing living standards of the American people. He also adopted Trump’s contention that the allegations of his campaign’s collusion with Russia were drummed up by his political rivals to undermine his election as president.

In subsequent phone conversations, the two presidents sealed their decision to go forward together in Syria. By then, the officers on the ground had been briefed on their next steps. DEBKA Weekly’s sources report that, a week earlier, top-ranking US CENTCOM officers running the various American fronts in the Middle East came together at a secret venue, from US bases in Turkey, Iraq, Yemen, Kuwait, Jordan and the Al Udeid air base in Qatar. They were informed that the 2,000 US troops, who were in charge of the allied anti-Assad Syrian Defense Forces (SDF) and the Kurdish YPG militia, were to begin working with a new Russian-Kurdish operations room under construction in the eastern Syrian town of Salihiyah on the western bank of the Euphrates River.

This town lies south of the embattled province of Deir ez-Zour and the town of Mayadin.

The new operations room, the officers were told, was designed at a meeting on Dec. 3, between Gen. Yevgeny Poplavsky, the Russian commander of the Hemeimim military base, and the YPG’s General Commander Sipan Hemo. The Russian general emphasized its importance for underpinning the Kurdish militia. Hemo, for his part, thanked both Russia and the United States for their help in fighting the Islamic State. “We declare our willingness to form a joint operations room with our partners in the war against ISIS,” he said, “to increase the momentum of this coordination and completely eradicate terror.”

The importance of this development cannot be exaggerated. The establishment of an operations room shared by US-backed Kurdish militia officers and Russian officers – in a small town held by Syrian government, Iranian, Hizballah and Iraqi Shiite militias under the command of Iranian Revolutionary Guards al-Qods chief Gen. Qassem Soleimani – is more than a novelty; it is a landmark event in the annals of the Syrian war’s shifting alliances. Russia has turned a new page in its Syrian script, DEBKA Weekly’s sources confirm. It has switched from working in close conjunction with Iran and Hizballah to executing the guiding principles drawn up by Presidents Putin and Trump. Putin has entered into a commitment to the US president to make coordination with the United States Russia’s overarching priority ahead of its former arrangements with Syria, Iran and Hizballah.

In the first week of this collaboration, Russian military sources disclosed that their warplanes had carried out 672 sorties, hitting 1,420 targets, in support of the YPG and other anti-ISIS groups.

US-Russian military partnership in the conduct of the war against ISIS in eastern Syria is significant in another important respect, DEBKA Weekly’s military sources note. It erases the Euphrates River line drawn on the Syrian map by then President Barack Obama and Putin, for splitting up the spheres of operation between them. Henceforth, therefore, American forces may venture into areas west of the river, while the Russians are free to start conducting aerial sorties to the east, so long as they keep to three provisos:

Moscow is therefore, for the first time. imposing limitations on the operations of Iran and its proxies in eastern Syria. It remains to be seen whether Russia will extend this policy to other warfronts in the country. Some answers are offered in the next article.