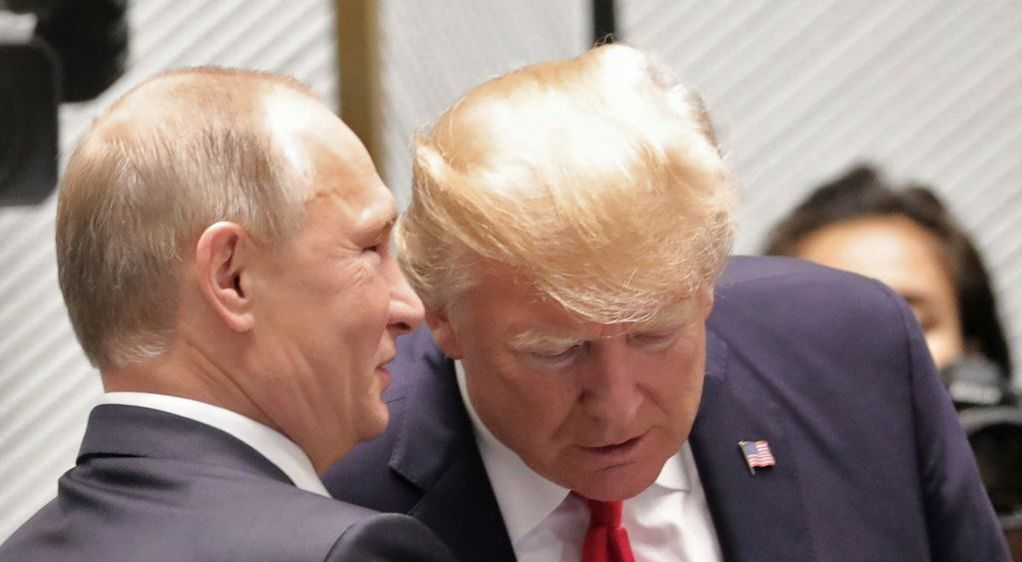 In a new bilateral deal, the US and Russian presidents are teaming up to fight ISIS in E. Syria and aligning on Iranian and Turkish roles.

US President Donald Trump has scheduled a keynote speech to unveil his national security strategy for later Monday, Dec. 18. It will cover thorny issues such as US relations with China, the North Korean nuclear threat, Iranian expansionism and Middle East stability. DEBKAfile’s sources report that the president will speak against the background of an easing of ties with President Vladimir Putin. This improved atmosphere was reflected in their recent phone calls and, most of all, through intensified US-Russian military intelligence cooperation for fighting the Islamic State and the Syrian conflict as a whole.
Putin took advantage of his end-of-the year press briefing on Thursday, Dec. 14, to hand out kudos for Trump’s economic achievements and his efforts to give the American people better living standards. In their two phone conversations our sources report they agreed on two subjects.

On the first, they concurred that US forces deployed in northern Syria and Russian forces operating in the eastern and western sectors will henceforth coordinate operations. For the first time, the Russian air force will be allowed by the US to strike targets east of the Euphrates River. This was barred under a previous deal between the two powers.
Putin reciprocated with a pledge to hold back Syrian, Iranian and Hizballah forces fighting in the east from attacking US-backed military groups, especially the Syrian Democratic Forces and the Kurdish YPG.
On the subject of Iranian and Turkish intervention in the Syria war, our forces reveal that Putin promised Trump that the Russians would act to prevent Iran and its proxies, as well Turkey, from opening new war fronts. Specifically, he undertook to contain Iranian military operations in Syria.
The White House confirmed Sunday that President Putin had called the US president to thank him for the CIA tip that averted a major ISIS terror attack at the main cathedral of St. Petersburg over the last weekend. Just in time, the Russian police were able to round up seven members of an ISIS cell in the city, along with a supply of automatic weapons and explosives.