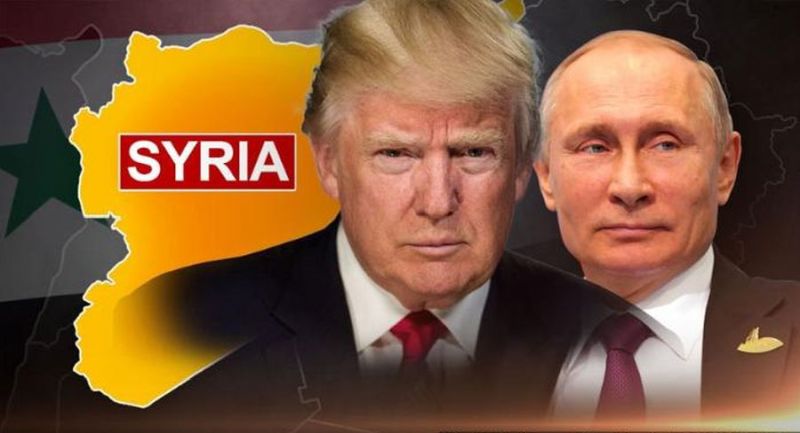 A certain number of American troops will stay in Syria after all. President Donald Trump has rethought his decision of four months ago to pull all US troops out of Syria, which raised hackles from Moscow to Riyadh and Jerusalem. Iran alone was happy to see any US decision to quit the region. But Russian President Vladimir Putin never believed Trump would go through with it. He has been proven right, although with qualifications.

On April 3, the US Central Command’s forward HQ is reported by DEBKA Weekly’s military and intelligence sources to have called together the chiefs of the British, French, Australian, Danish, Dutch and Germany armies for a meeting at Tampa, Florida. They were given a special briefing on the administration’s revised plans for Syria – and their role in those plans – by CENTCOM head Gen. Joseph L. Votel. He told them that some, though not all US troops were leaving Syria, but they were scheduled to be replaced by special operations forces – not CIA troops, as first planned, but 2,000-2,500 special ops personnel from the six allied armies. A US Air Force umbrella would be provided.

Sources familiar with the Tampa briefing report that this mixed US-led force is to be deployed to northern Syria and regions east of the River Euphrates, in the light of eight considerations underlying Trump’s revamped plans that are laid out here by DEBKA Weekly:

1. The US president heeded recommendations to take advantage of the post-war situation evolving in Syria for leverage to seize major advantages in the Middle East.

2. From a vantage point east of the Euphrates, the US coalition would control Syria’s main water and oil resources and so call the shots in Damascus.

3. That deployment would also provide back-up for the US military bases in Iraq. US and coalition forces sitting on two sides of the Syrian-Iraqi border would form a big obstacle to Iran completing its land bridge from the Gulf to the Mediterranean.

Seeking to thwart this scheme, Iran’s supreme leader Ayatollah Ali Khamenei on Saturday, April 6, called on Iraqi Prime Minister Abdul Mahdi, to “to urge the US to withdraw its troops from Iraq as soon as possible” because, he said, “whenever they have had a long military presence in any country, expelling them has become difficult.” Khamenei addressed the Iraqi prime minister while he was on a two-day trip to Tehran at the head of a high-ranking delegation.

4. The Russians are in a fix. Since President Putin has pretty well accomplished the task he set himself of rescuing Bashar Assad from a long uprising against his regime, he is out of ideas for where to go next.

5. Now that he is safe, Assad is flouting Moscow’s advice and instructions and turning to Tehran, using Russian protection as a life insurance policy while cozying up to Iran.

6. Tehran too has turned its back on Moscow and the alliance which cemented the campaign to save the Syrian ruler. Iran is fully preoccupied with its own schemes. On Feb. 25, Syrian Transport Minister Ali Hammoud asked Iranian officials to take charge of managing Latakia port, without notifying the Russians, although the Latakia province is where Russia’s established its center of operations and influence in Syria. Tehran claimed this perk as its reward for eight war years of financial and military support for the Assad regime. The civilian port, administered hitherto by Syria and a French company, therefore passes to full Iranian control in the coming fall. Moscow was helpless to do any more than register an angry protest with Damascus at this cool takeover.Tehran is therefore grabbing its first foothold on a Mediterranean shore – in close proximity, moreover, to the Russian bases at Tartus and Latakia. Defense Minister Sergei Shoigu flew to Damascus on March 19 to stop the handover, but he failed to change Assad’s mind.

7. By March this year, the Russian President was ready to give up on the Astana peace process he initiated for determining Syria’s future, after working long and hard on this project. The conflict of interests over Syria among the Astana initiative’s co-chairman, the presidents of Russia, Iran and Turkey, had become too acute to bridge.

8. Seeing the Astana conference give up the ghost, Washington stepped in to resurrect its rival, the UN Geneva Conference as a means of downgrading Russian and Iranian domination of the Syrian scene. America’s next plans are explored in exclusive detail in the next article.