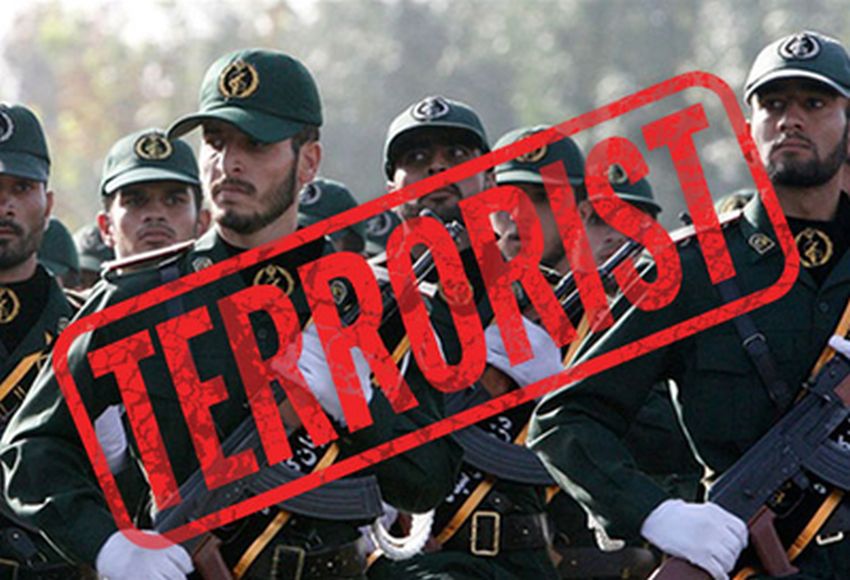 US President Donald Trump unveiled a new US strategy for Iran, while outlining the Islamic Republic’s 38-year record of violence since its 1979 coup.  He listed the massacres of Americans its proxies perpetrated in Beirut in the 1980s, support for such terrorist groups as Al Qaeda (after 9/ll) and  Hizballah and fomenting vicious civil wars in Yemen and Syria that destabilized the Middle East.

Trump then listed some of the measures he had approved:

All these measures and sanctions are potentially capable of shaking the ayatollahs regime to its military and political foundations.
In his speech, Trump announced he would not re-certify Iran’s compliance with the JCPOA, because of its many flaws. He also left himself free to end US participation in the accord if those flaws were not addressed. He called on Congress to step in to correct those flaws and on American allies for cooperation.

However, DEBKAfile’s sources report that he can’t count on the cooperation of either congress or European governments, who announced their objections in advance to the new course he has charted against Iran. He may be left with no option but to deal with the campaign of sanctions against the Revolutionary Guards by presidential directives.

Sensing which way the wind was blowing, Iranian officials trumpeted almost daily threats of dire consequences if President Trump laid a finger on the Revolutionary Guards. IRGC chief Gen. Ali Jafari warned that if the Guards were targeted, they would treat the US armed forces as an enemy on a par with the Islamic State.

Military sources in Iran have stressed to DEBKA file that the regime would not let the Trump speech pass without a response – and not just by words, but by deeds, in three spheres:

a) Diplomatic measures to be formulated in the coming hours. They could include enlisting Russia, China and the European Union for international condemnation of the United States.
b) Military steps against American and allied military and civilian targets in the Persian Gulf and Middle East, which will be entrusted to the Guards agents themselves in the Gulf and surrogates like Hizballah and Yemen’s Houthi insurgents.
c) Supply of strategic weaponry, such as long-range missiles to pro-Iranian proxies.