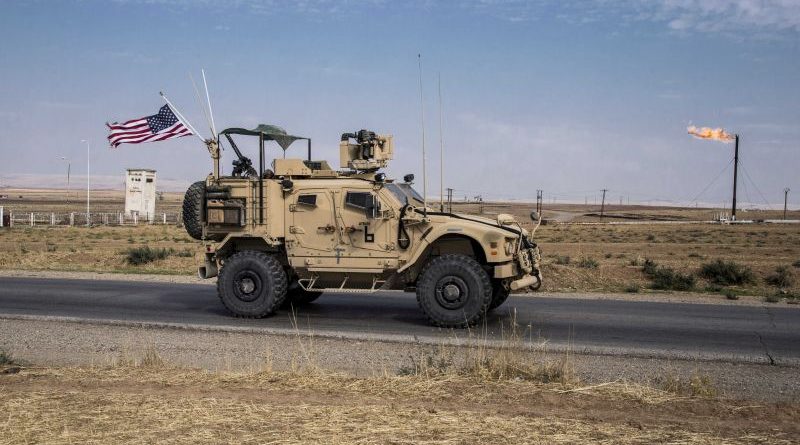 Whoever controls Syria’s oil and gas industry holds the key to the rehabilitation of Syria’s economy after nearly nine ruinous years of bloody civil war. In the second half of 2019. President Donald Trump was persuaded to walk back on his decision to draw down the US military in NE Syria by intelligence of a Russian-Iranian conspiracy to seize Syria’s oil fields as soon as the Americans were gone.

In 2010, the last year before the outbreak of civil war, Syria’s oil sales were projected by the International Monetary Fund to generate $3.2billion, equal to a quarter of the state’s revenue. Although a small oil exporter compared with the oil giants of the region, this export industry was vital to the Syrian economy because of its extremely low GDP per capita. Its known oil reserves are to be found in the Deir ez-Zour governorate near the border with Iraq and along the Euphrates River, with smaller fields in the central region. In 2008, Syria produced 5.3 billion cubic meters of natural gas, rising two years later to 7.8 billion. While most of its oil is exported to Europe, the natural gas is being reinjected for enhanced recovery and domestic electricity.

Trump reversed his decision to abandon US bases in NE Syria after discovering that President Vladimir Putin was preparing to jump straight in, take over the oil and gas fields and hand them over to Iranian control. This was to be Moscow’s contribution towards compensating Tehran for US oil sanctions on Iranian oil exports. The revenue was to be split between them for financing their military and allied operations in Syria.

Upon discovering this Russian-Iranian plan, President Trump decided to turn the tables. Before Putin had a chance for a military takeover of the energy fields, US forces were racing into position. And before Iranian energy engineers arrived to restore the wrecked equipment and bring the fields up to scratch for production, Saudi and Egyptian teams were on the spot performing the necessary repairs.

Before getting this plan underway, the Trump administration took two preparatory steps:

1. He revoked his decision to pull US forces out of northern Syria and ordered a fresh deployment, which was put in place from August to November.

2. He issued a directive for a campaign of air strikes and raids by special forces to halt the smuggling of oil outside the country by gangs of pirates. Air strikes against the smugglers’ convoys in the last weeks of 2019 achieved this goal.

By Dec. 16, some 400 Saudi special forces personnel were in place at Syria’s largest oil field of Al-Omar in Deir ez-Zour. They were lifted in by helicopter to secure the Saudi Aramco and Egyptian engineers at work there. This coincided with the arrival of 30 trucks from northern Iraq with supplies of drilling and digging equipment.

Once in the hands of the Islamic State rulers of Raqqa, Al-Omar is controlled today by the US-backed, Kurdish-led Syrian Democratic Forces. Investments in the project are coming from contracts signed between the Saudi state Aramco company and the US government, which has also boosted the American military presence around the oil fields.

The revenue from these oil sales is split in three parts, DEBKA Weekly’s sources report: One part is earmarked to cover the cost of continuing US military deployment; a second funds the operations of the SDF and its core Kurdish YPG militia, thereby providing the Kurds of northern Syria with economic bedrock; and a third is assigned to the government in Amman for allowing the oil to be exported through Jordan to an outlet in northwestern Saudi Arabia and on to Europe. In the long term, Syrian oil will once again flow through Israeli ports and flow through the oil and gas pipelines projected to carry the energy from the eastern Mediterranean offshore fields to Europe.

Not a single petrodollar of revenue from Syria’s oil and gas fields was assigned to the Assad regime – by either the American or the Russian schemes. It was no surprise, therefore, to hear Bouthaina Shaaban, senior adviser to President Bashar al Assad, announcing this week that her government is “looking into the possibility of filing an international lawsuit against the United States” for “stealing” Syria’s oil. She spoke in an interview with the Beirut-based Al Mayadeen TV which was carried by Iran’s Fars new agency.