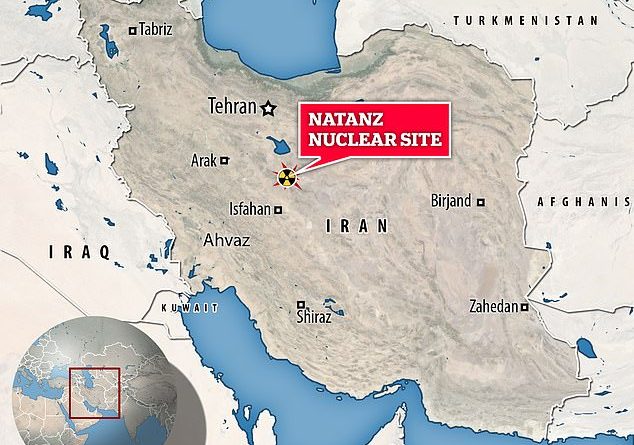 President Donald Trump asked his top security aides for options to strike  Iran’s main nuclear facility in his last days of office, according to a New York Times report on Monday, Nov. 17/  He was said to have been dissuaded from such action by those aides, who warned him it could trigger a wider regional conflict. The aides present at the meeting were Secretary of State Mike Pompeo, acting Defense Secretary Christopher Miller and Chairman of the Joint Chiefs Gen. Mark Milley. It took place last Thursday, a day after the IAEA nuclear watchdog informed UN members that Iran had significantly increased its stockpile of nuclear material.

The paper adds that the potential strike contemplated, either by missile or cyber, would likely have targeted Natanz, Iran’s main nuclear enrichment facility.

A separate source confirmed the NYT account to Reuters, saying: “[Trump] asked for options. They gave him the scenarios and he ultimately decided not to go forward.” Pompeo and Milley outlined the risks of military escalation, after which they left the meeting with the impression that Trump had been talked out of launching a missile attack. But, said the NYT, Trump may still be looking into ways to strike Iranian assets and allies, including militias in Iraq.

The Pentagon has a wide range of strike options for Iran, including military, cyber and combination plans, the report said, noting that some called for direct action by Israel, who was blamed for an explosion on an advanced centrifuge development and assembly plant at Natanz in July. This plant has since been upgraded for more advanced centrifuges to speed uranium enrichment and mostly sunk underground.

Last Wednesday, the International Atomic Energy Agency (IAEA) reported in a confidential document that. on Nov. 2, Iran’s uranium stockpile is now 12 times larger than the limit set under the 2015 nuclear accord that Trump pulled out of in 2018; 2,442.9 kilograms of low-enriched uranium amassed, up from 2,105.4 kilograms reported on August 25 and far in excess of the agreed amount of 202.8 kilograms. The IAEA added that Iran has also been continuing to enrich uranium to a purity of up to 4.5 percent, higher than the 3.67 percent allowed under the deal.

A widely cited analysis by the Washington-based Arms Control Association suggests that Iran now has more than double the material it would need to make a nuclear weapon.

President-elect Joe Biden has said he intends to revive the nuclear accord with Iran when he takes office in January, but that plan could be thrown awry if tensions between the US and Iran escalate in Trump’s final weeks in the White House.