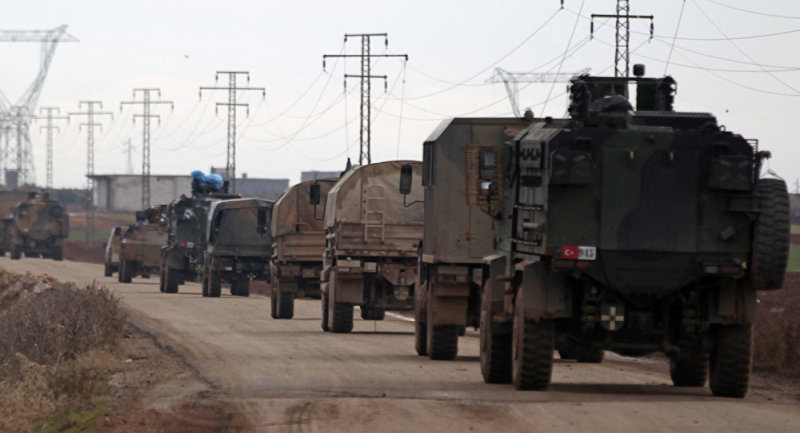 “It is time to realize our decision to wipe out terror groups east of the Euphrates,” Turkish President Tayyip Erdogan said in a speech on Wednesday, Dec. 12. He announced that the Turkish army operation would be launched in a few days “east of Euphrates,” namely US turf in Syria. He insisted, however, that the Turkish army’s target “is never US soldiers [based there] only members of the terror group [the Kurdish YPG],” which was denounced by the Turkish Security Council as “the root of the instability” in northeast Syria.

1. US forces installed observation posts markingtheir holdings in northern Syria in the face of Turkey’s demand to remove them and,moreover, to halt America’s support for the Kurdish YPG. The posts stand in theway of Turkey’s plans to resume operations against the US-backed Kurdish militia.In reply to this demand, Washington reminded Ankara that it joined the US in agreementsas recently as November and must stand by them. (See DEBKA Weekly 826 ofNov. 30: US Marks out Areas of Influence in NE Syria, Anchored on New Kurdish-ledPolitical entity and army.)

2. Chairman of the Joint US Chiefs of Staff Gen. Joseph Dunford said on Dec. 7 that the US needs to train and equip around 40,000 additional local fighters to “provide stability” in Syria. Erdogan refuses to hear of the new army some 150,000 strong and led by Syrian Kurds, which Washington plans to deploy on Turkey’s southern border. He complained: “It is clear that the purpose of US observation points in Syria is not to protect our country from terrorists but to protect terrorists from Turkey.” Right after the Erdogan speech, concerned Kurdish YPG leaders were on the phone to Washington to confirm that the Trump administration would uphold the pledge for Defense Minister Mike Mattis to order the US Air Force into action if Turkish troops marched against their lines and crossed the Euphrates to the east. This pledge was delivered last month by James Jeffrey, President Donald Trump’s special adviser for Syria. Our sources report the Kurdish leaders were quickly assured that a US had already warned Erdogan that any Turkish military advance into eastern Syria would be stopped in its tracks by US Air Force warplanes.