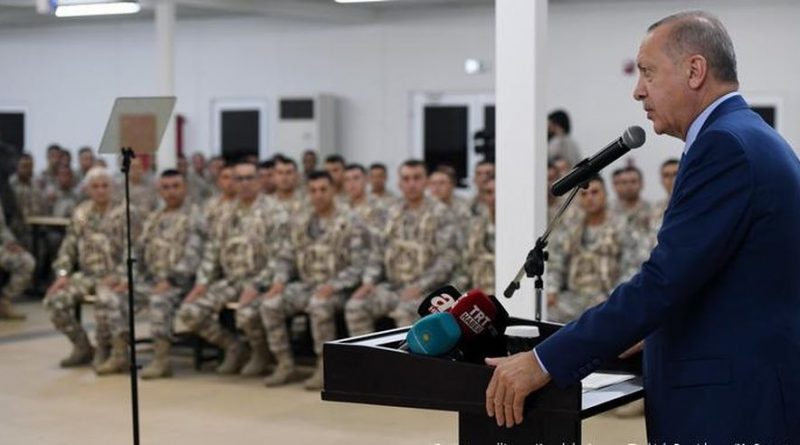 In another anti-US provocation, President Recep Erdogan ordered the Turkish ambassador to NATO to withhold signature on Wednesday, Nov. 27, from the alliance’s new defense program for Poland and the Baltic states against Russia. On Tuesday, the Turkish army pointedly practiced the S-400 air defense system recently acquired from Moscow in defiance of Washington’s warnings.

The new NATO defense program must be approved by all 29 member nations before it can be applied. Ankara announced that its approval would be held back until NATO extends its political support to the Turkish army’s intervention in northern Syria against Kurdish forces and their YPG militia.
DEBKAfile’s military sources note that the YPG is the backbone of the Syrian Democratic Forces operating alongside the US contingents based in northern Syria and under US command. Turkey’s ultimatum to NATO amounts to a demand that US forces in Syria operate contrary to American security interests in that country. It is also tantamount to Turkey reneging on its commitment to the Western alliance to line up with the Russian position against Poland and the Baltic sates as well as the US stance in Syria.

A senior NATO official who opted to stay anonymous slammed Erdogan’s ultimatum: “The Turks are taking eastern Europeans hostage, blocking approval of this military planning until they get concessions,” he said.

Our sources reveal that on Tuesday, Erdogan paid a visit to Qatar to formally inaugurate a new Turkish military base set up to bolster the oil emirate’s ruler Sheikh Tamim bin Hamad Al Thani in his quarrel with Saudi Arabia and the UAE. In a speech marking the occasion, the Turkish president chose to denounce Israel whom he accused of “stealing Muslim land.”