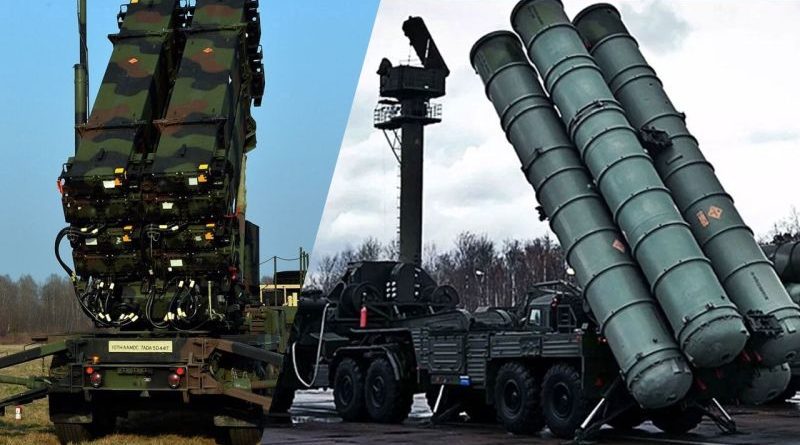 Turkey is complaining that the advanced S-400 air defense missiles purchased from Russian – in defiance of US wishes – don’t match up to Moscow’s sales promotion pitch. Sources in Ankara say they have even found “fatal” defects in their operational capabilities. For instance, they cite the Russians as touting the system system’s data as able to “track targets at a distance of up to 400km that are the size of jumbo jets flying over suitable terrain at an altitude of 20km. When the target is below 5km, the system’s effectiveness drops by 30-40pc. This, say the Turks, enables the enemy’s stealth planes to attack their S-400 missiles and destroy them.” Their effectiveness drops more steeply by 70pc against attacking stealth planes flying one kilometer over the target.

Officials in Washington are wondering why Ankara is suddenly disparaging its new, highly recommended acquisition from Moscow. Are the flaws in the S-400 missiles a genuine cause of those gripes? Or perhaps it is a ploy dreamed up by the wily President Recep Erdogan to turn aside the Trump administration’s refusal to let Turkey have F-35 stealth planes as punishment for a NATO ally who went shopping for Russian missiles. Or is Ankara hoping to get Washington to supply the two Patriot batteries requested in February for deterring Syrian attacks near Turkey’s southern border. The request came after the Turkish army lost two troops in one such Syrian attack in Idlib.

The Pentagon spokesman’s initial response was that Turkey “is not going to receive a Patriot battery before it sends back the S-400.”

Erdogan’s devious tactics have landed him in hot water both in Washington and Moscow.

The Turks and Russians are still at daggers drawn in the embattled Syrian province of Idlib, the last rebel stronghold. Kremlin officials summing up exchanges as high as presidential level say that all that has been achieved was a commitment to continue contacts between military officials “in intensive mode.” Russia’s ambassador to Ankara Alexei Yerkov complains of death threats over his government’s backing for the Syrian military campaign to recover Idlib.

Turkey first dumped its ties with the West for the sake of rapprochement with Moscow in Syria. However, when a military blow-up between them loomed, Ankara decided it was time to invoke its membership of NATO and put in a request for US Patriots as well as European back-up. The shiny new Russian S-400s meanwhile stood idle.

The Turkish president has presented Moscow with another alarming irritant. He is about to call for bids for the construction of the “Kanal Istanbul” waterway to connect the Black and Marmora Seas. Due for completion by 2023, the centenary anniversary of modern Turkey, this $25bn project would make it possible for ships to circumvent part of the Bosporus-Dardanelles route and move between the Black Sea and the eastern Mediterranean where Russia maintains a base at Tartus. It would also possibly bypass the 1936 Montreux Convention and grant Turkey greater autonomy for the passage of military vessels from the Black Sea to the Sea of Marmara.

Russia insists on upholding the terms of that convention because it places restrictions on the movements of naval shipping that don’t belong to Black Sea littoral states, which the Istanbul Canal project is designed to bypass.

The Kremlin is already fuming over the Turks’ disparaging remarks about its prized S-400 air defense missile which reflect badly on the Russian arms industry at large. They spoil Moscow’s aggressive campaign to promote the system to such interested clients such as Saudi Arabia, Qatar and India. To them, the Russians tout the S-400 Triumf ((also known as the SA-21 Growler by NATO) as capable of downing American-made stealth planes.

The Americans are still furious over Ankara’s decision to be the first NATO member to buy arms from its adversary, Russia. Deployment of the S-400 in Turkey affords that adversary the opportunity to learn how to confront the advanced US F-35 stealth plane.

Erdogan has wriggled out of his scrapes in the past by playing one power against the other. How will he manage this time?