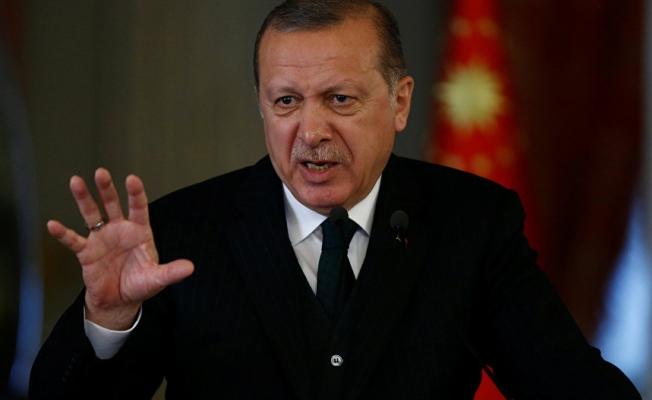 Turkey is boosting its military intervention in Mid-East conflicts to gain a hand in determining – and cashing in on – their outcome. Facing rising opposition at home, Turkey’s President Tayyip Erdogan is in the thick of foreign, influence-expanding adventures. Braced against Russia in Libya and Syria, he is now challenging the Saudi-led Arab coalition in Yemen with Qatari funding.

For his Yemen bid to break up the coalition fighting the Houthi insurgency, Ankara is using a Yemen government defector, former transport minister Saleh al-Jabwani and his ally, the Muslim Brotherhood. Following the Turkish script, they are planning to conquer the embattled oil-rich southeastern province of Shawba, where the Brotherhood was roundly defeated. The recruitment center Jabwani set up in Ataq, the Shabwa capital, has till now attracted 600 fighters by the promise of a wage and smuggled weapons paid for by Qatar. They hope to peel off defectors from the coalition in other provinces too

In Libya, the stakes are high – Erdogan is after two permanent south Mediterranean bases. There, he has directly deployed his own army, air force and navy (submarines, too, as of this week) along with Syrian mercenaries, to back the UN-recognized government (GNA) in Tripoli against its rival Gen. Khalifa Haftar’s Libyan National Army. The Turkish intervention, which is gaining ground, has placed Erdogan at odds with Russia’s Vladimir Putin who backs Haftar. Ankara is now in negotiation for the use of the Misurata naval base and the al-Waitya air base, which the GNA recently recaptured with Turkish military help.

Erdogan has already done pretty well out of his Libyan adventure. In November, he signed with the Tripoli government a maritime accord which ignored the territorial waters of Cyprus, Greece and Egypt and cuts through their economic zones and energy exploration sites. Turkey has also penciled in possible energy and construction deals with Tripoli once the fighting ends.

Concerns in Athens over the maritime accord and Ankara’s drive for a North African military presence were most likely raised in the talks Greek Prime Minister Kyriakos Mitsotakis held with his Israeli counterpart Binyamin Netanyahu in Jerusalem on Tuesday.

Foreign Minister Sergei Lavrov meanwhile called off a meeting with his Turkish counterpart Mevlut Cavusoglu that was scheduled for Sunday. He said he would reschedule the meeting on condition that Turkey and the GNA halt military operations, and particularly refrain from attacking Sirte, Jufra and the oil crescent. This demand was initially rebuffed by Ankara.

Failing a Moscow-Ankara understanding, the Libyan war could see further escalation. In Syria too, they are fighting on opposing sides. Turkey has poured troops and weapons into the northern province of Idlib to halt the Syrian regime’s advance against jihadist rebels, while at the same time, conducting joint patrols with the Russians, which back the regime, on the M4 highway in the same province.

A permanent air and naval presence in Libya along with its military base in Qatar and strong leverage in Syria would substantially boost Turkey’s influence in the region to a level that seriously worries its neighbors and adversaries.

Erdogan was not too busy with his foreign escapades to hit back over an impressive Kurdish protest march launched this week at home against his repressive government. On Monday night, the Turkish air force went into action to strike Kurdish PKK strongholds in the mountains of Kurdistan in northern Iraq. The next day, Turkey’s pro-Kurdish People’s Democratic Party (HDP) led a two-track march from two ends of the country: Edirne in the northwest and Hakkari in the southeast. If they can overcome rubber bullets and mass detentions, the protesters plan to converge in Ankara on June 20. Istanbul’s governor has banned all demonstrations and protests for a two-week period on the pretext of the fight against coronavirus.