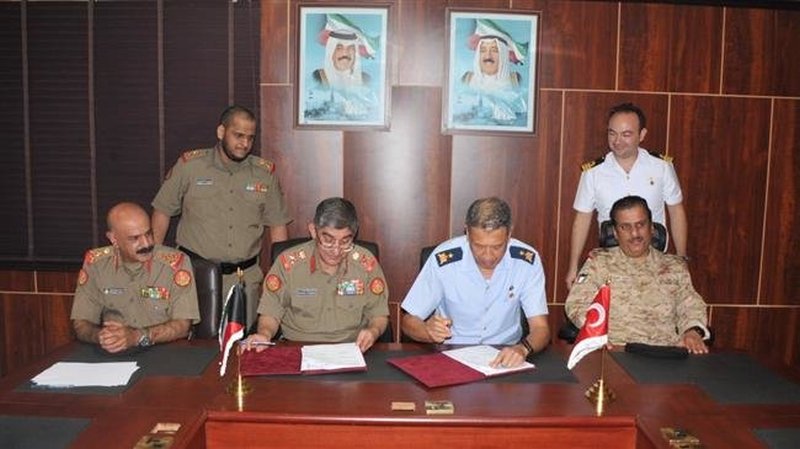 After signing a military cooperation accord with Qatar, Turkey this week negotiated a similar agreement with Kuwait. The document “for strengthening military cooperation between the two countries” was signed by Kuwait’s Assistant Chief of Staff for Operations and Planning, Brig. Gen, Mohammed Al-Kandar, and Turkey’s Deputy Chief of Staff, Gen. Emut Yildor. Kuwaiti officials did not reveal details of the pact, but local sources said it allowed for Turkey to deploy army troops in this emirate too.

President Tayyip Erdogan has therefore acquired permission for bases in a second Gulf emirate, after Qatar. The deal between Ankara and Doha was instrumental in averting armed conflict between Qatar and its adversaries, Saudi Arabia, Egypt and the United Arab Emirates.

DEBKA Weekly reports that by opening the door to Turkey, Kuwait’s emir, Sheikh Sabah Al Jaber Al Sabah, has resigned from the role of peacemaker in this inter-Arab controversy, preferring to keep his distance from the Saudi-led military bloc. He despaired of the Trump administration making any headway towards healing the Gulf rift, after he paid a visit to Washington in the first week of September and met the president. He also decided he wants no part of the plan devised by the US President’s son-in-law Jared Kushner to create what he calls an Arab NATO.

Turkey, which maintains 35,000 troops with sophisticated equipment at a base in Qatar near the big Al-Udeid Air Base, last year shipped food to this emirate to overcome the shortages generated by the Saudi-led blockade. Qatar repaid Ankara by supporting the Turkish economy during the collapse of its currency. Last month, the Qatari emir, Tamim bin Hamad Al Thani traveled to Ankara to present President Erdogan with a $15bn investment plan for boosting the lira as it slumped against the US dollar.

The step Kuwait, too, has taken to distance itself from Qatar’s rivals and Washington was attested to by Parliament Speaker Marzouk al-Ghanem on Oct. 11 at the Eurasian Union’s Interparliamentary Conference. In his speech, he said. “Turkey is not a banana republic; it will recover from the economic war launched against it [by the US] because it is a war doomed to failure.”

Still up in the air are Kuwait’s disputes with Saudi Arabia over the management of the Khafji and Wafra fields, which Saudi Crown Prince Muhammad bin Salman tried fruitlessly to resolve when he visited the emirate on Sept. 29

DEBKA Weekly sees the Turkish-Kuwaiti rapprochement as bringing them both close to the group of oil-rich Gulf Muslim nations, including Oman, which maintains close ties with Tehran.