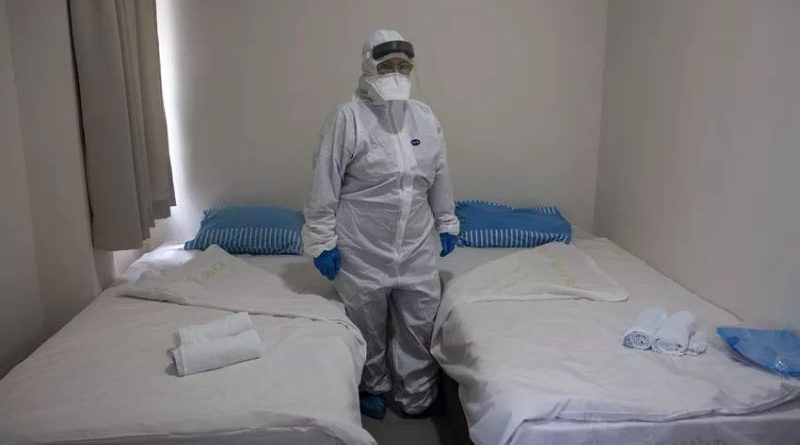 US military forces in the Middle East and Israel’s Defense Forces share the same challenge of conducting combat operations amid a world plague. No active army has faced this experience in the past century. They must manage, for instance, to fill in the ranks of the various units, from platoon to division, and keep them on their toes for action – even when depleted, actively or potentially, by coronavirus infection.

In some respects, the US armed forces in Syria and Iraq are safer from the disease, since they serve in arid, sparsely populated regions. The risk of infection there is low and easily controlled by army medics. The risk will grow more serious if the contagion spreads extensively to the Gulf and reaches the big US bases in Saudi Arabia, Qatar and Kuwait.

The IDF is in a different class, since it is charged with constantly maintaining a high measure of alertness and rapid deployment capacity in defense of Israel’s borders on four fronts, Iran, Syria, Lebanon and the Gaza Strip.

At this moment, 3,000 Israeli soldiers and officers are in quarantine for the regulation 14 days after contact with coronavirus cases. This figure is likely to grow in the coming days, as the disease spreads among the civilian population. The proximity of the Israeli serviceman’s families and homes and their close interaction is an added risk factor not shared with his American counterparts in the region.

The Israel military has not released figures on the units affected by covid-19 infection. However, the IDF reacted rapidly to the threat as early as February with steps for curbing its spread. Officers and men returning from foreign holidays did not go back to their bases but were sent to quarantine centers for 14 days. Civilians with business at military bases, such as service contractors and truck drivers bring supplies, were issued with special permits after undergoing tests. On base, canteens and mess halls were closed and the system of individual war rations in hermetically sealed packets resurrected.

Courses calling for a large attendance of officers and men were interrupted and reduced in size, and the regular daily parades in each unit suspended.

But none of these measures are now proving to keep the numbers up to par. This is because the IDF’s field units are built around the annual intake of 18-year old young men and women, thousands of whom join up under the law of compulsory conscription. On Wednesday, March 11, Prime Minister Binyamin Netanyahu announced the banning of public gathers of more than 100 attendees and directed academic institutions to reorganize for on-line lectures to 100,000 students at home.

The new measures produced an absurd situation whereby large gatherings of young people were averted, on the one hand, while, on the other, they were assembled in one place for being injected to the military  – unless they were in quarantine.

The high command faces another perplexity. How to protect from coronavirus infection the commando forces operating every night on dangerous missions in hostile territory such as Palestinian towns on the West Bank and the Gaza Strip and deep behind the lines of the Syrian army, Iranian units in that country and Hizballah in Lebanon? Halting those missions for fear of covid-19 is a non-option for the IDF.

Chief of Staff Lt. Gen. Aviv Kochavi this week vented the high command’s dilemma: “In order to preserve the IDF’s operational fitness, so vital for State of Israel’s security, we have adopted a more stringent approach in order to cut down the scale of soldiers in quarantine.”

By this comment, the general betrayed his growing concern that the military may fall short of the manpower required for conducting its missions. And coronavirus has not gone into its peak phase.