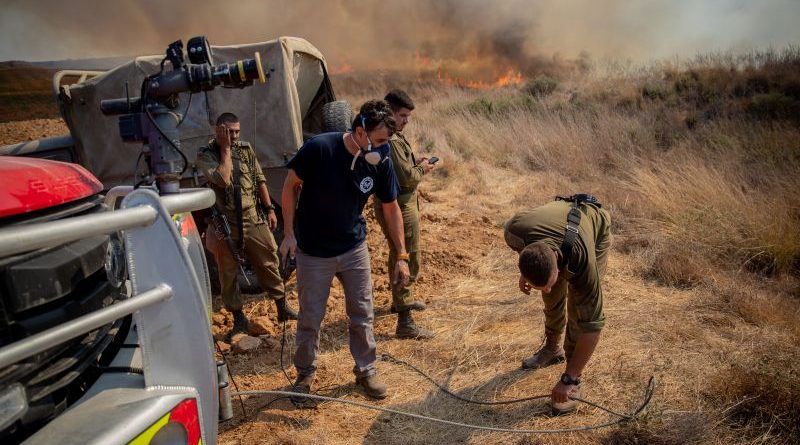 The second IDF air strike over the Gaza Strip demolished a Hamas rocket depot on Saturday night, Aug. 15, after a twin-rocket attack on Sderot and a day of balloon barrages. The IDF reported that Iron Dome intercepted both Palestinian rockets. Local police said one exploded. A Sderot home was damaged and a man injured. Israel’s defense minister Benny Gantz ordered the second air strike and the Palestinian fishing zone off the Gaza coast to be closed until further notice.
After a week of more than a 100 arson and incendiary balloons started fires in Israeli fields and natural areas, another 30 landed in Israel on Saturday. Then came the rocket alarm at 1 am, in which two Sderot women were slightly hurt while running for shelter and several others went into shock and were treated by paramedics.

The first IDF air and tank attack on Saturday night, its sixth in a week in reprisal for the balloon offensive, targeted a Hamas naval compound, bunkers and observation posts, stating that Hamas is held responsible for the violence emanating from the Gaza Strip which it rules..

Also on Saturday, Hamas relaunched its “nocturnal harassment” campaign against Israel with hundreds of Palestinian gathering on the Israel border near the Karni crossing and hurling explosive devices, grenades and burning tires at Israeli soldiers. Crowd dispersal measures were used to break up the mob.

In line with former routines, Egypt is stepping in to control the fray. A group of Egyptian officers is expected this week in Gaza to intercede with Hamas leaders and tell them to rein in their offensive.