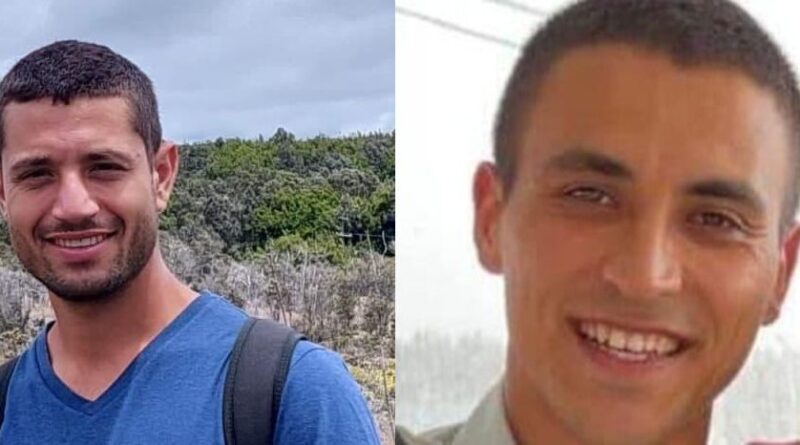 Major Ofek Aharon, 28, from Bat Yam and Major Itamar Elharar, 26, from Moshav Bnei Ram, both company commanders in the Oz Brigade’s Egoz Unit, were killed at their base on Wednesday night, Jan. 12, when they were mistaken for attacking terrorists.

A preliminary inquiry found that the two officers had just finished inspecting a drill at the firing area of the Nabi Musa base when they sighted a suspicious figure lurking on the external perimeter of the base. They fired warning shots in the air, as per procedure. A fellow officer, a squad commander, who was nearby, mistook the shots as coming from terrorists trying to infiltrate the base. He opened fire in what he believed was the proper procedure to ward off presumed hostile intruders.

The mortally wounded officers, after receiving first aid from medical personnel at the base, were rushed by Air Force helicopter to hospital. In a short time, they were pronounced dead.

Military Police officers thereupon reached the base to gather evidence and question witnesses for the high-level investigation of the tragedy. Chief of Staff Lt. Gen. Aviv Kohavi arrived early Thursday and took over the initial interrogation of witnesses of the elite unit for a close personal examination of the circumstances of the fatal incident.

In their first statement, the IDF said “The officers were killed after a mistaken identification led to a friendly fire incident.”

Prime Minister Naftali Bennett and Defense Minister Benny Gantz sent their condolences to the families of the two officers.”It’s a very sad morning. I extend my heartfelt condolences to the families of the two officers who were killed last night in a tragic accident,” Bennett said in a statement. “The two commanders devoted their best years to Israel’s security and defense of the homeland. The whole nation of Israel mourns. The IDF is investigating the difficult incident and the necessary lessons will be learned. May they rest in peace.”