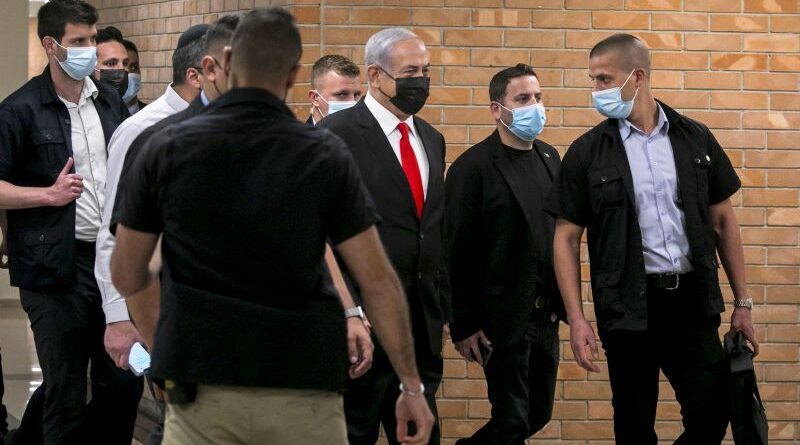 A double defeat at the new Knesset’s first post-election sitting on Monday, April 19, was a big step up for the opposition grouping and a major setback for Binyamin Netanyahu’s struggle to build a majority coalition government. Although he still has a couple of weeks to go before his premiership candidacy expires, the Likud Whip Miki Zohar was moved to declare: “We understand that we are on the way to the opposition.” Zohar, as chairman of the Arrangements Committee which controls the legislature’s agenda until a new government is formed, was outvoted on the composition of that committee by the anti-Netanyahu opposition led by Yair Lapid. The vote gave the opposition more seats than the rightwing parties backing the prime minister.

The scale was tipped at the last moment by the Arab Ra’am party leader Mansour Abbas who, after hearing what Lapid had to offer, jumped in to vote with the opposition. This prompted the bleak remark from Zohar, who went on to say. “Netanyahu will lead the opposition. We will hold our heads high,” and “Believe me, you won’t have an easy time with us.” He then dismissed the committee. The new parliament Is therefore out of action, stuck in the political warp that denies either the pro- or anti-|Netanyahu camps the strength to form a stable government.

Zohar’s remarks appear to represent the despondency in the prime minister’s circle over the towering roadblock raised over his coalition negotiations by two tiny, inimical parties.

Netanyahu had counted on two right-wing parties, Naftali Bennett’s Yemina (7) and Bezalel Smotrich’s Religions Zionists (6) for eking out Likud’s 30 plus 16 Orthodox lawmakers to make up a 61-seat majority for a government coalition, with the help of 2 of the four members of the Islamist Ra’am faction, whose leader, Netanyahu had cultivated earlier.  The prime minister neglected to take into account Smotrich’s hard-and-fast resistance to any dealings with Arab lawmakers whom he accused of aligning with terrorists. He also failed to appreciate that Abbas was wide open to other bidders and would parlay the new role opening up to him as the tipper of scales in determining the shape of Israel’s government. Abbas moreover, took serious umbrage over Smotrich’s aspersions. Naftali Bennett was meanwhile playing both sides in the hope of a top slot.

Netanyahu’s game plan has therefore fallen apart. He needs a new one to keep going. Some of his advisers strongly advise him to throw in the sponge without waiting for the May 4 deadline for his mandate to expire. President Reuven Rivlin would then have to decide whether to hand the mandate to the Knesset or pass it on to another lawmaker. Lapid is already working hard to fashion a coalition government out of around 10 scrappy and dissonant parties, ranging from far right to far left that would depend for the first time on the support of Arab lawmakers.

He hopes that the slogan of “national unity government” will fuse them together for a moment of stability. Lapid, too, is more likely than not to fall victim to the weakness of Israel’s political system – a lack of majority for stable government – which came about after a whole new political camp rose up under his lead with the sole agenda of Netanyahu’s ouster. This camp gained enough strength in four elections to hamstring the system until they achieved their objective. Stable government? We’ll think about that tomorrow.