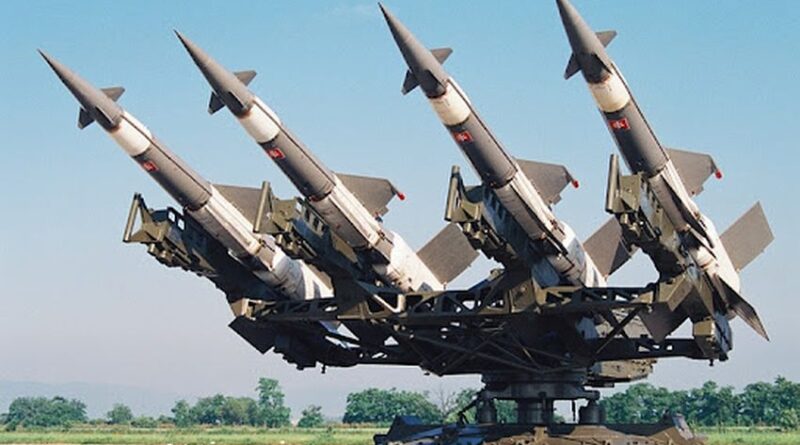 A string of central Israeli coastal towns north and south of Tel Aviv were rocked Thursday night, Aug. 2 ,by a series of explosions around five minutes after one of the IDF’s alleged routine raids from Lebanon targeted another pro-Iranian site near Damascus.

The IDF spokesman said the explosion had come from a Syrian air defense missile over the sea off central Israel and was being investigated. However, multiple blasts were heard in a wide range of towns from Netanyahu in the north, through Herzliya, Rosh Ha’Ayin, Ramat Gan, Givatayim, Tel Aviv and Rishon Letzion. No warning sirens were switched on since, it was explained, no populated areas had been threatened. All the same, half a dozen pieces of missile shrapnel were discovered in a back garden of Neve Shalom south of Tel Aviv.

A second communique, this one from the police, said that a Syrian SA-5 anti-air missile (see picture) had exploded opposite the western Sharon region north of Tel Aviv. Falling shrapnel had dropped in the sea and a Tel Aviv back yard. The communique added that the |DF would be questioning why no warning siren was activated. This appeared to be the focus of the inquiry rather than the broad range and multiplicity of the explosions.

In the meantime, DEBKAfile’s military sources report, residents of Rishon Letzion south of Tel Aviv came up with an explanation. They testified to hearing two explosions – not one. It turned out that a second missile had been fired from Syria, this one a surface-to-surface Russian-made Scud. Our sources have learned that this one was intercepted in time by a David’s Sling, the missile system designed for protection against intermediate missile attack as part of Israel’s multi-tier shield.

This has not been confirmed by the military or the police. However, if that is how the purported Israeli raid over Damascus unfolded, it seems to indicate that the Syrians have decided to finally retaliate for each reported Israeli attack. On Aug. 20, a Syria anti-air rocket fired from Damascus exploded in the Dead Sea region of southern Israel. Rather than a stray rocket, as claimed at the time, that may have been the first harbinger of a new Syrian policy to raise the stakes and confront Israel directly over its long campaign to root the Iranian military presence from its borders. The Assad regime would have gained the nod of its supporters, Iran and Russia, before embarking on this course.