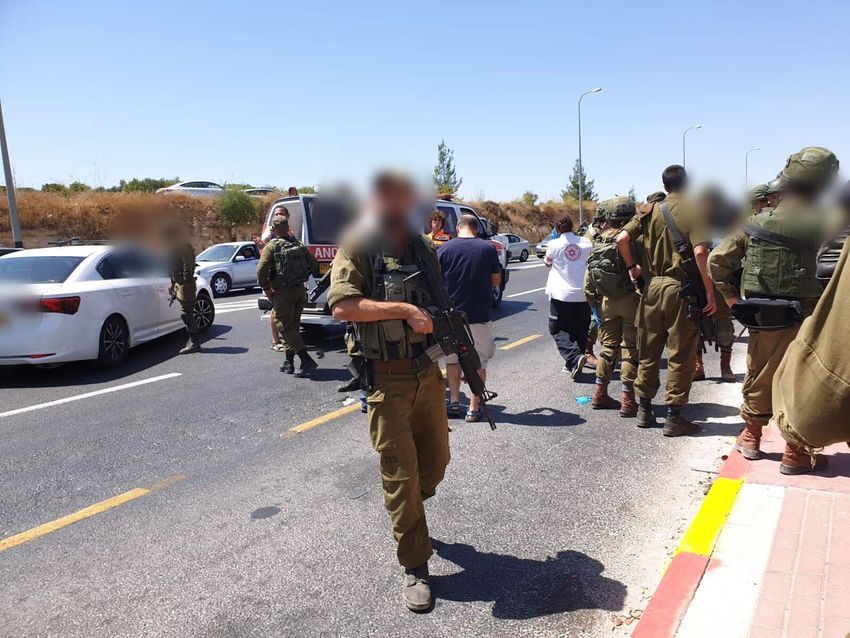 A 17-year old boy is in critical condition and a girl of 19 was moderately hurt on Friday, Aug. 16 when a Palestinian car crashed into them at a bus stop outside the Gush Etzion town of Elazar. Both victims, a brother and sister, were taken to Sharei Zedek hospital in Jerusalem after being treated by MDA paramedics. At the hospital, the doctors found the boy had suffered life-threatening multiple injuries, especially a fractured skull.

The terrorist swerved at high speed off the road and rammed the car into his victims before losing control of the vehicle and landing in a ditch. A police officer passing by on his way home shot him shot him dead as he tried to exit the car and flee the scene. The car carried Israeli number plates.

Shlomo Neeman, head of the Gush Etzion local council said: “We have lost our deterrence and this situation is generating a terrorist offensive against Gush Etzion and other parts of Judea and Samaria. We call on the government to take the requisite action for putting an end to the questions hanging over the region’s future.”

In Gaza, Hamas issued a statement of congratulation for the Gush Etzion attack and threatened a fresh explosion of regional violence following “events in Jerusalem’s Al Aqsa Mosque and Judea and Samaria.”