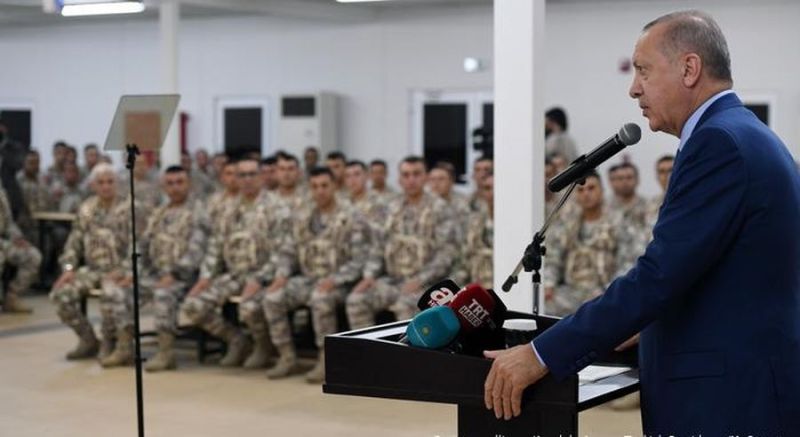 Two Gulf emirates splashed out this week with a shedload of petrodollars for their nearest allies.

The United Arab Emirates may be coming to the rescue of Saudi Arabia after its Aramco IPO plunged way below Crown Prince Mohammed bin Salman’s expectations. The Saudi prince (known as MbS) began a state visit to the UAE on Wednesday, Nov. 27 to meet his friend an ally Mohammed Bin Zayed Al Nahyan. Crown Prince of Abu Dhabi and Deputy Supreme Commander of the UAE armed forces.

The ground for the MbS visit was laid by executives of the Saudi national Aramco company. In meetings this week with officials of the Abu Dhabi Investment Authority, they discussed a potential investment of $1.5bn in the oil giant’s debut share sale.

The last details of the deal are to be finalized this week between Aramco representatives and officials of top Abu Dhabi funds and companies.

Riyadh is bucked up to find a major investor from outside the kingdom, hoping it is the breakthrough for the Aramco IPO to take off, after its plans for global marketing roadshows were abandoned for lack of interest.

Qatar, the Gulf rival of Saudi Arabia and the UAE, was also this week befriending an ally. The emirate is expected to bolster Turkey’s foreign currency reserves by a whacking $2bn. Turkey’s central bank announced on Tuesday, Nov. 26 that Ankara and Doha had agreed to raise the ceiling of an existing swap agreement from $3bn to $5bn as a mark of their friendship.

Turkish central bank’s reserve figures have been closely scrutinized by investors and analysts since last year’s currency crisis. Erdogan threw his support behind Qatar’s emir after Saudi Arabia imposed a blockade on the emirate in 2017. Qatar’s gesture was announced after President Recep Erdogan’s visit on Monday, Nov. 25 to launch a new Turkish base there. He described it as a symbol of “brotherhood, friendship, solidarity and sincerity” between the two nations. But in his speech, the Turkish leader took care not to mention Qatar’s opponents, Saudi Arabia and the UAE, although the new base was set up to bolster Qatar’s Sheikh Tamim bin Hamad Al Thani in his feud with them.