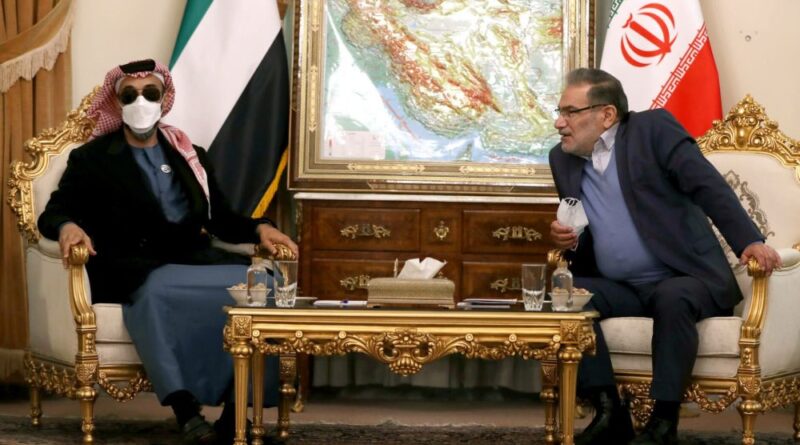 United Arab Emirates and Saudi leaders took significant steps this week towards rapprochement with Tehran, backing away overtly for the first time from the Iran policies pursued by US and Israel. Nonetheless, little notice was attracted by the Emirati National Security Adviser Sheikh Tahnoon bin Zayed’s visit to Tehran on Monday, Dec. 6 and his meetings with his Iranian counterpart, Ali Shamkhani and President Ibrahim Raisi. Likewise, the Saudi Crown Prince Muhammed bin Salman (MbS)’s tour of Gulf capitals kicked off at Muscat, Oman, was practically unreported.

However, according to DEBKAfile’s Iran and Gulf sources, those trips were the first formal steps of a major policy shift in the region that reflects disenchantment with the US and Israel. The two leading Gulf rulers, MbS and the UAE’s Sheikh Muhammed bin Zayed (MbZ), feel they cannot rely on either the US or Israel for protection against Iran’s machinations or for aborting its race for a nuclear weapon. They appear therefore to have decided to abandon their anti-Iran policy and opted instead for rapprochement.
Two events stirred this radical change of orientation, according to the experienced Arab affairs analyst Abdel Bari Atwan: One was America’s failed pullout from Afghanistan and the other was the demonstration of Israel’s military shortcomings in the Guardian of the Walls operation against Hamas in the Gaza Strip, earlier this year. Hamas was able to keep the rockets coming over Israel, notwithstanding the massive deployment of the highly prized Iron Dome anti-rocket system. To Gulf leaders, this shortcoming translated into Israel’s inability to withstand an attack by Iran’s ballistic missiles. They also took note of what they perceived as Israel’s failure to bring the Biden administration on board for realistic measures to stop Iran acquiring a nuclear bomb.

Tehran, for its part, is parading its newfound advantage: NSA Shamkhani and his Emirati visitor were photographed against the background of a large wall map showing a vast, dominant Iran alongside barely discernible Arab Gulf states. (see photo) Iran is clearly not even waiting to acquire a nuclear weapon, or the outcome of its nuclear talks with the world powers in Vienna, before proclaiming itself the region’s dominant power.

Following this groundbreaking meeting: Shamkhani said: “Warm and friendly relations between the countries remain a priority…  that shouldn’t be affected by other nations” – a dig at the UAE’s ties with the US and Israel, whereas President Raisi commented: “There should be no barrier in relations of the two Muslim nations of Iran and the Emirates.” Sheikh Tahnoon responded by inviting the Iranian president for a state visit to Abu Dhabi.

The Saudi ruler followed a different path to Iran. In Muscat, he asked the Omani ruler Sultan Haitham Bin Tareq to act as mediator between Riyadh and Tehran in the hope of a deal that would also end the never-ending civil war in Yemen, in which Saudi Arabia is deeply embroiled. The Omanis have long experience as a power broker. They were active in the backchannel talks between the Obama administration and Iran that resulted in the 2015 nuclear deal.