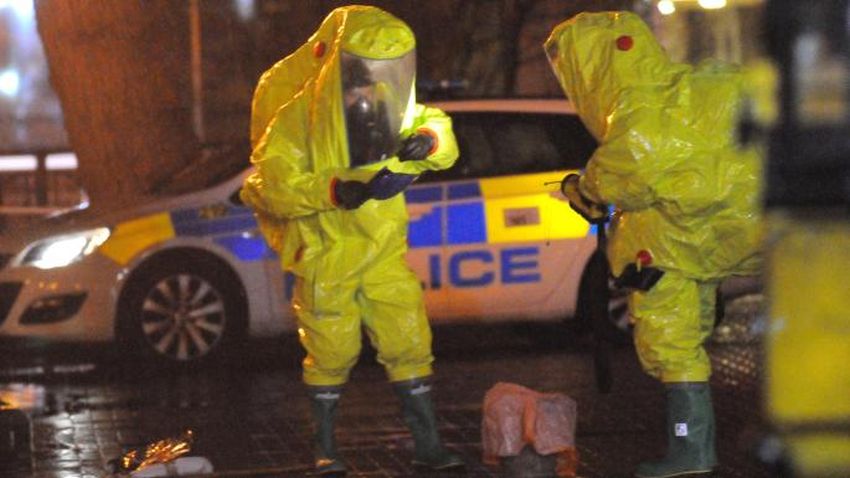 Prime Minister Theresa May told Parliament Monday that it was “highly likely” that Russia was behind the assassination attempt against former spy Sergey Skripal and his daughter Yulia last Monday in Salisbury. She revealed that they had been targeted with a “military grade” agent called “Novichok” that was developed in Russia. Skripal and his daughter are still in serious condition. Prime Minister May said she gave the Russian government until Wednesday to respond, before deciding on “retaliatory measures that could range from expelling diplomats to further sanctions.” May went on to say: “Should there be no response, we will conclude that this action amounts to an unlawful use of force by the Russian state against the UK,” she said. “And I will come back to this House and set out the full range of measures.”

Moscow responded immediately: Foreign Ministry spokeswoman Maria Zakharova called Theresa May’s statement a “circus act” and said the British were making up fairy stories. In less than a week, Russians vote for a president and are almost certain to reelect Vladimir Putin for a fourth term. He has consistently shrugged off allegations that Russia was implicated in the poisoning attack on the Skripals.

According to a British chemical warfare expert, Novichok is up to ten times more toxic than VX and took Russian scientists close to a decade to perfect. It was designed to be undetectable in any standard NATO chemical security testing and circumvent the Chemical Weapons Convention list of controlled precursors, classes of chemical and physical form. Skripal would only have needed to touch it for it to be absorbed into his bloodstream. It is believed that the agent attacks muscles, especially those around the heart and lungs, leading to respiratory and cardiac arrest, and then death. Effects can take 30 seconds to two minutes to become apparent – by then it is often too late.

Foreign Secretary Boris Johnson called the Russian ambassador and demanded that his government immediately provide full disclosure of its Novichok nerve gas program to the international organization for the prohibition of chemical weapons.

The British authorities have advised citizens of Salisbury who may have come into contact with the poison substance, or the two victims after they collapsed, to wash their clothes and disinfect any objects in their possession at the time. Some parts of the town remain cordoned off, either as a crime scene where Skripal and Yulia were found, or as potential contamination sites.