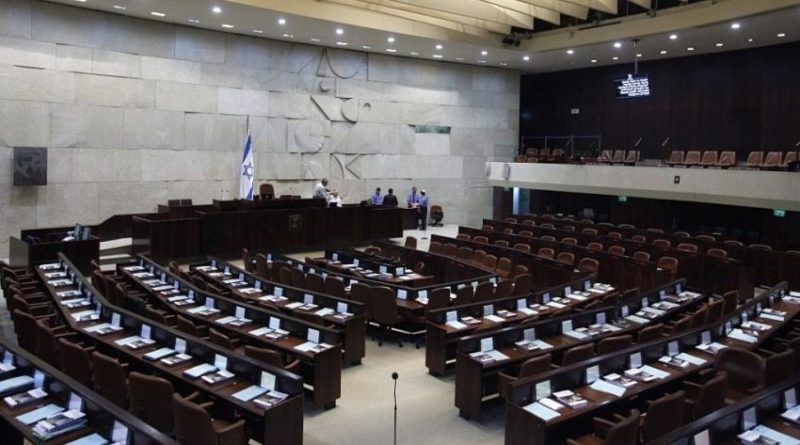 Most ordinary Israelis reacted with nonchalance to the Knesset’s dissolution and news of another election on March 2, after the bill was enacted by their failed politicians on Wednesday night, Dec. 11 – in contrast to excited media reporters and pundits. By and large, they tuned out the broadcast cries of horror over an unprecedented third election in a year. Certainly, none took to the streets in protest. Inured by now to the unresolved political stalemate that has semi-paralyzed government since last September, it was business as usual for most of the country. Therefore, predictions of an exceptionally vicious election campaign by the parties that failed to form a coalition government after two elections, fall flat. They have heard it all before. The newcomer Benny Gantz and his Kahol Lavan party have daily slammed Likud’s Binyamin Netanyahu for refusing to hand over the premiership while under indictment for corruption, while Netanyahu hits back by accusing his opponents of exploiting a conspiracy by the law enforcement system to unseat him.

At the last minute before the Knesset vote, Gantz made a dramatic appeal to the prime minister: “Give up your legal right to immunity from prosecution and we can then talk.” Netanyahu did not bother to reply, only accusing his rival of his “usual spin.”

Most people shrug as those bitter charges go back and forth and mutual accusations are hurled of responsibility for the failure to bring a new coalition into the world and avert a useless election which few expect to change the political map except peripherally. They’ve heard it ad nauseum.

Because most of the contenders have used up their arsenals of meaningful campaign ammo, they are digging for new tricks. Suddenly, they are magnanimously offering non-existent concessions. For a power-sharing deal that was never negotiated, Netanyahu would accept a mere six months of his half-term as prime minister, provided he goes first. Gantz would give up the (putative) premiership so long as he can keep faith with Kahol Lavan voters and never sit in the same cabinet as Netanyahu. His sidekick Yair Lapid would concede his deal with Gantz to rotate the premiership between them, if Gantz takes the seat of prime minister. Gideon Saar of Likud offers to forego his lone, unendorsed challenge against Netanyahu for the party leadership in the Dec. 26 primary, in order to bid against him after Likud fails in the March election, although its outcome is unknowable. Avigdor Lieberman, who has parlayed his 8 Yisrael Beteinu MKs, as the key to a majority government, turned down all offers to join either Gantz or Netanyahu, after falling in love with his role as kingmaker. He therefore shares responsibility for the stalemate that has triggered a pointless election. On Thursday morning, the average Israeli got up as usual, ferried the kids to school and went to work, mostly through the usual logjam. Election day is a national holiday and so, on March 2, it will again be out with the barbecues and on with the trips to the beach after roughly 60pc of the electorate spend a few minutes in the voting booths.