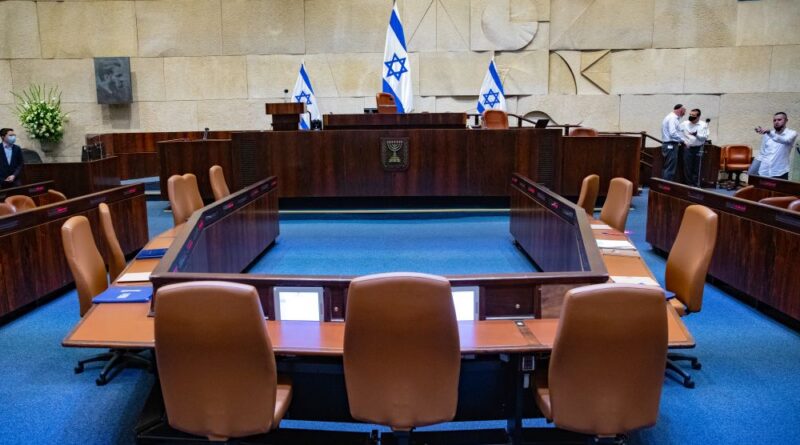 Binyamin Netanyahu faces the formidable task of putting together a functioning ruling coalition while short of a majority, after he was reluctantly picked by President Reuven Rivlin on Tuesday, April 6, to form his eighth government. After Netanyahu collected 52 endorsements versus opposition leader Yair Lapid’s 45, the president said he was obliged by law to assign him the task despite the concern he voiced over the candidate’s trial on charges of bribery, fraud and breach of trust taking place in a courtroom not far from the president’s residence.

Rivlin said his overriding concern was the need to avoid throwing the country into a fifth election in just over two years, after four votes had failed to resolve the nagging impasse bedeviling its national politics.

Netanyahu launches coalition negotiations, 9 Knesset seats short of a 61 majority, counting only on his own Likud, the ultra-religious Shas and Torah Judaism parties and the Religious Zionism party. Likud was reduced by the defection of two right-wing parties to the opposition ahead of the March 23 election. He will try and make up the difference in the coming negotiations. Naftali Bennett’s Yamina (7), or part thereof, may be on the way to rejoining the Likud-led administration, after failing to pull off a deal with Lapid to jointly lead an alternative “government of change.”

Netanyahu has also discussed with the independent Arab Ra’am list’s Mansour Abbas a deal for the latter’s indirect support in parliamentary votes. For this, he will have to overcome, or bypass, the fierce opposition to this deal coming from the Religious Zionism’s Bezalel Smotrich 6). This core member of the future right-wing government threatens to quit if the government is supported in any form by the Arab list..

The option of a minority government hardly came up as a viable option in the hectic factional and media discussions leading up to the President’s decision. The discourse focused predominantly on the likelihood of Netanyahu’s ouster by an alternative, opposition-led administration, failing which the country was expected to face a fifth election. Lapid, who came out of the last election with 17 seats and/or Bennett with seven, were touted widely as the coming heads of a government to break Netanyahu long stamp. But they faltered at the last step.

The president’s decision on Tuesday brought to the fore a learned article published in November 2019 by the Israel Democracy Institute. The writer quoted the Basic Law: Government as ruling that all Israeli governments (in contrast to some other countries) must be supported by a parliamentary majority – at least in confidence votes. A majority, the article explains, does not necessarily mean 61 votes of the 120-member house, but a number that exceeds that of the opposition. This provision would deny legitimacy to a government whose support is exceeded in number by the opposition.

It was this dictum that guided the president in choosing the prime minister, even though his Likud plus allies fall short of a 61-member majority. Altogether four minority governments, all led by Labor, have in fact ruled Israel in times past: David Ben Gurion in 1952, Yitzhak Rabin in 1993 and two more, Shimon Peres and Ehud Barak, in the year 2000. Some subsisted on the support of Arab factions. Therefore, if Netanyahu manages to set up a minority government in 2021, it won’t set a new precedent or be unconstitutional. After surviving the coronavirus pandemic, the country is crying out for a period of stability, however brief, to still the political rock and roll of the last two years. Netanyahu has 28 days to cobble together a functioning government with a two-week extension to be granted by the president. If he misses out on this chance, the premiership candidacy passes to another Knesset member.