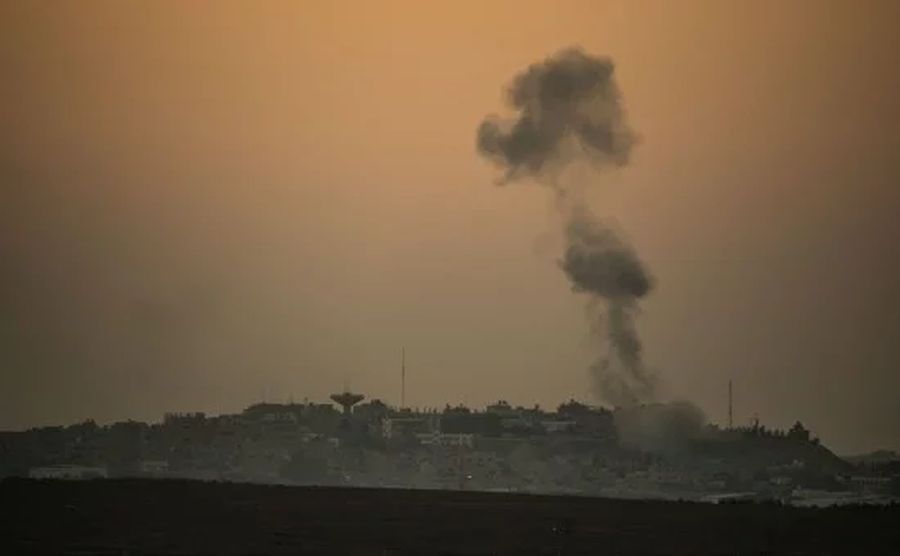 Whereas the IDF counted 12 rockets descending on Israel from the Gaza Strip early Wednesday, June 27, local security officials counted 35. Hamas kites, balloons ignite up to 25 fires a day on average.

It is getting harder than ever to understood what the IDF is playing at on the Gaza front by allowing the Palestinians to terrorize southern Israel day by day at will. Just a week ago, Hamas unleashed 45 rockets and mortar rounds in one night against the Israeli population and then ludicrously laid down a new rule for the confrontation: For every IDF strike in response to a Palestinian act of terror, Hamas would reciprocate against Israeli towns and villages on equal terms. By letting Hamas write the rules, the IDF allowed this terrorist organization to cripple its ability to fight back.
This is how the current cycle works: The Israeli Air Force strikes empty Hamas observation posts strung along the Gaza border with Israel, after the terrorists remove themselves to safety in good time. The IDF then releases images of the crews at these posts hurling incendiary balloons and kites across the border to vandalize Israeli farms – but refrains from attacking them, bombing only the empty vans used to transport the explosive toys. Hamas retaliates for these “attacks” with rockets against Israeli homes. The result: Hamas is sitting pretty.

For the sake of hitting empty Hamas lookout posts and vans, 200,000 Israeli civilians are condemned to sleep in shelters or rush to protected areas every night. After nights disturbed by repeated raucous rocket alerts and rushing children to safety, mothers, fathers and children are advised by the IDF “to go back to their normal routines” the next day.

So far, the alerts and the shelters have effectively prevented casualties from the latest campaign of terror that Hamas launched in March. But the people dwelling and working around the Gaza Strip know they are living on borrowed time. In the June 20 barrage, only one of the 45 rockets and shells fired was intercepted; 10 landed inside residential areas. This Wednesday, it turns out that three out of 35 were intercepted, and one was already over the town of Sderot when it was caught. Hamas has undoubtedly  discovered that Israel cannot handle a barrage of dozens of rockets fired almost simultaneously, since a large part of its Iron Dome anti-rocket fleet is deployed on Israel’s northern border against a possible escalation from Syria. For how long will Israel let Hamas hold all the cards and get away with terror?