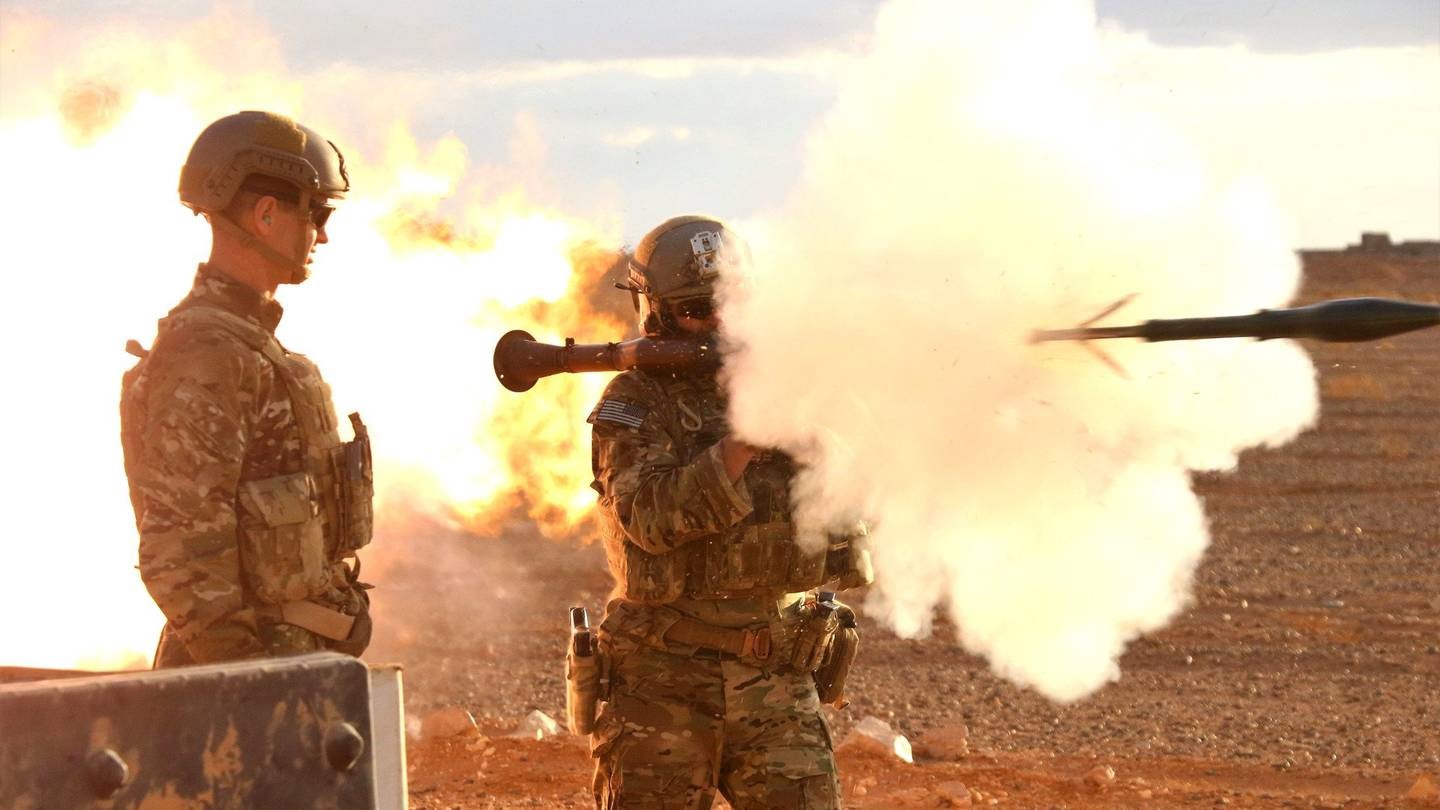 The US and Russia took military action in the last 48 hours to show the bit-players in the Syrian war that they are not calling the shots for the next moves. The objects of this lesson were the Assad regime, Turkey, Iran and Hizballah.
On Wednesday night and Thursday morning, Jan. 7-8, members of the US 11th Marine Expeditionary Unit fired M777 Howitzer guns, backed by air strikes, against Hizballah and pro-Iranian Shiite militia forces operating in the Deir ez-Zour region east of the Euphrates River. Russian forces may also have been involved in the clash, say sources in Washington. According to the official US-led coalition communique, pro-Assad forces attacked a headquarters of the US-backed Syrian Democratic Forces (SDF) east of the Euphrates, which is the deconfliction line separating the US area of operations from that of Russia and the Assad regime, and suffered 100 dead in the US counter-attack.

DEBKAfile’s military and intelligence sources disclose that the official US communique revealed a small corner of the clandestine campaign US forces are currently waging against the Assad regime’s army and its pro-Iranian allies on two fronts east of the Euphrates River.
Deir ez-Zour: Here, the US is engaged in a concentrated effort to arm and supply logistics to the SDF and the Kurdish YPG for two missions: the fight against Islamic State and a solid front to contain the Syrian, Iranian and Hizballah forces operating in the region. DEBKA Weekly’s military sources reveal that, in this sector, the US contingent is not content with delivering training and supplies; it also provides artillery and air support, labeled “preventive fire,” to help the local forces keep Assad’s army and its allies pinned down in their positions. This holds them back from continuing their easterly advance to the Iraqi border. The slightest movement outside those lines draws sustained American fire.

Al-Tanf Front, SE Syria: This is the most active front. Hardly a day goes by without pressure from Russian special forces, Syrian troops, Hizballah, or local groups.  A combined Russian-Syrian-Hizballah push has long sought to drive the Americans out of Al-Tanf, because it is the key to free and safe passage from southeastern Syria into western Iraq and northern Jordan. However, the US garrison isn’t budging – even when it comes under live artillery fire and air strikes.

On Thursday, Jan. 8, Turkish President Tayyip Erdogan put in a call to Vladimir Putin in Moscow in search of an understanding with the Russian president on coordination between their air and air defense forces in Syria. DEBKAfile’s military sources report that the call had become urgent, since it looked as though Russia was preparing its air force and air defense systems to hit the Turkish warplanes that were providing air support for the Turkish anti-Kurdish operation in Afrin.

On Tuesday, Russian forces took over the Syrian Abu Dhuhour Airport east of Idlib and moved in Russian planes and helicopters. Elsewhere in Syria, they deployed their air defense weapons systems to new positions in the Aleppo and Idlib regions. A Syrian military spokesman announced that all parts of northern Syria were now covered by a comprehensive anti-missile shield. Afrin air space had suddenly become an effective no-fly zone for Turkish air force operations. This was Moscow’s punishment for the downing on Feb. 3, of a Russian Sukhoi 25 Frogfoot ground attack aircraft over the town of Maasran in northern Idlib by Hayat Tahrir Al Sham rebels, firing a ground-to-air man-portable missile. The Russians believe that Turkey gave the rebel group those missiles.

The Kremlin issued a communique after the Putin-Erdogan conversation stating that they had agreed to establish a Tension Reduction Zone in Idlib. But our sources report that the main part of the conversation was far from accord. Putin’s demanded that Erdogan call off the Turkish campaign in Afrin, repeating the demand issued Wednesday by Iran’s President Hassan Rouhani. Therefore, if Erdogan decides nevertheless to carry on with his anti-Kurd campaign in northern Syria, he will find himself not only up against the Trump administration, but also his allies, Russia and Iran.

DEBKA Weekly out on Friday, Feb. 9, offers an exclusive military analysis of the state of the Turkish operation in northern Syria. Subscribe now.