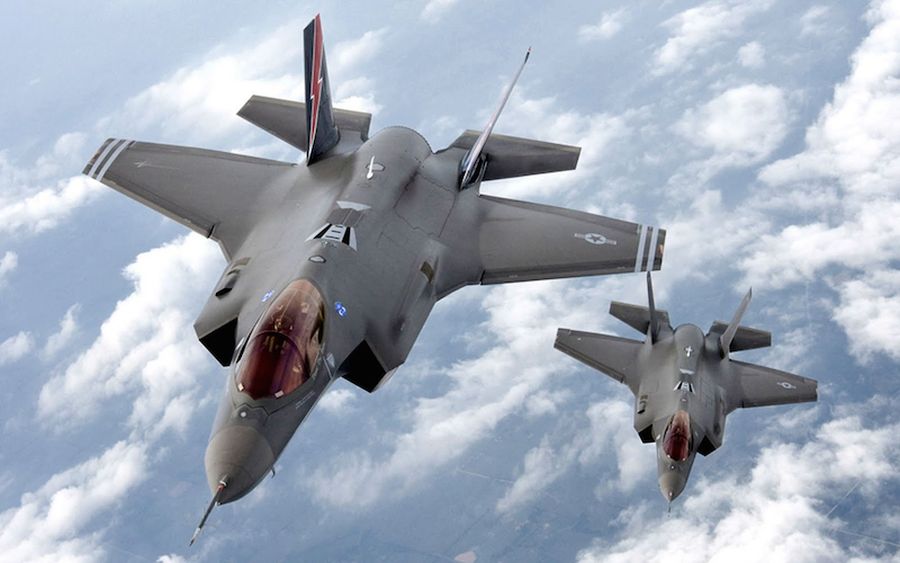 “Multiple Iranian military sites” were struck by US warplanes early Monday, Feb. 3, , near Abu Kamal in Deir ez-Zour on the Syrian-Iraqi border. Reporting this, Syrian military spokesmen claimed that Syrian artillery positions were also hit and sustained casualties.
DEBKAfile’s military sources revealed on Saturday, Feb. 2, that three Iranian missiles were posted ready to strike the big US Ain Al Assad air base in Anbar, the Iraqi province bordering on Syria, when they were discovered in time by Iraqi security forces. They were to be launched by one of the pro-Iranian Iraqi militias. This incident graphically demonstrated Tehran’s ruthless resolve to drive US forces not just out of Syria but from Iraq as well. For the Trump administration, this foiled attempt crossed a red line.

The USAF struck during a CBS TV interview with President Donald Trump, in which he referred to the same Ain Al Assad base when he stressed the importance of maintaining US forces in Iraq. “All I want to do is to be able to watch,” he said. “We have an unbelievable and expensive military base built in Iraq, It is perfectly situated for looking at all over different parts of the troubled Middle East.” Rather than pulling it up, he said, “We’re going to keep watching and we’re going to keep seeing and if there’s trouble, if somebody is looking to do nuclear weapons or other things, we’re going to know it before they do.”

Posted at Ain Al Assad is a US intelligence station.

DEBKAfile’s sources report that the US air raid over Iranian targets was prompted additionally by a video film released on Sunday, Feb. 3 by Tasnim, mouthpiece of the Iranian Revolutionary Guards Corps (IRGC). It depicted what was described as a US army patrol near the northern Iraqi town of Nineveh being “forced to return to their base” by “pro-Iranian Popular Mobilization Units (PMU) fighters.

Our sources identify the “multiple Iranian sites” attacked by US aircraft as the headquarters of the IRGC’s Al Qods Brigades, which are visited regularly by their commander Brig. Gen. Qassem Soleimani. Located there too are command centers of the PMU and another pro-Iranian Iraqi militia, Kata’ib Hezballah, which collaborates with the Lebanese Hizballah in southern Syria.